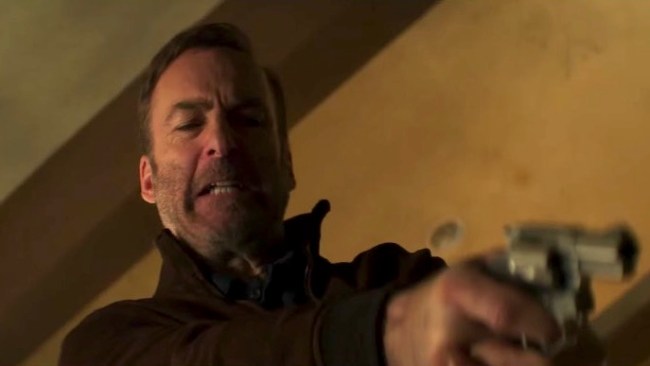 Before becoming a mainstream star thanks to his scene-stealing performance as *criminal* lawyer Saul Goodman in Breaking Bad (and Better Call Saul), Bob Odenkirk already had a successful, decades-long Hollywood career, albeit behind the camera instead of in front of it.

Working as a writer for some of the funniest shows on television in the 80s and 90s — such as Saturday Night Live, The Ben Stiller Show, Late Night with Conan O’Brien, and Mr. Show with Bob and David — Odenkirk didn’t make the move to legitimate acting until later in his career and it’s been nothing but successful since, as he’s been nominated for four Emmy Awards.

The beloved Better Call Saul looks like he’s about to take the next step in his career, as he’s set to star in the genuinely awesome-looking action thriller Nobody, where the 58-year-old becomes something like the John Wick of the Suburbs. And given that Nobody is produced by David Leitch, the director of the original John Wick, that should come as no surprise.

Here’s the official synopsis for Nobody, via Universal Pictures:

Emmy winner Bob Odenkirk stars as Hutch Mansell, an underestimated and overlooked dad and husband, taking life’s indignities on the chin and never pushing back. A nobody.

When two thieves break into his suburban home one night, Hutch declines to defend himself or his family, hoping to prevent serious violence. His teenage son, Blake (Gage Munroe, The Shack), is disappointed in him and his wife, Becca (Connie Nielsen, Wonder Woman), seems to pull only further away.

The aftermath of the incident strikes a match to Hutch’s long-simmering rage, triggering dormant instincts and propelling him on a brutal path that will surface dark secrets and lethal skills. In a barrage of fists, gunfire and squealing tires, Hutch must save his family from a dangerous adversary (famed Russian actor Aleksey Serebryakov, Amazon’s McMafia)—and ensure that he will never be underestimated as a nobody again.

In addition to Odenkirk, Nobody — which is currently set to hit theaters on February 26 — also stars Connie Nielsen, RZA, Aleksey Serebryakov and Christopher Lloyd.