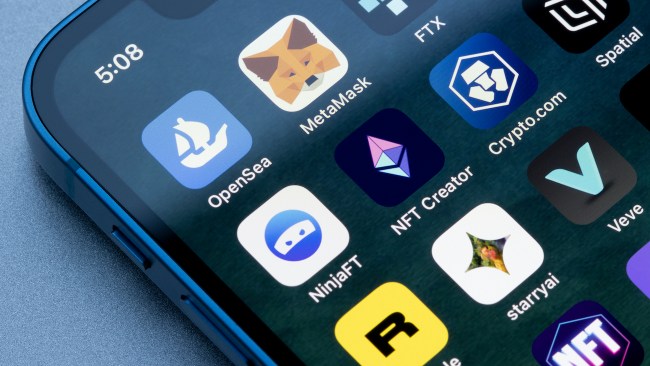 It’s been a difficult few months for the crypto and NFT market, which have both been relatively brought back down to Earth following a 2021 that saw both of the concepts seem to truly break into the mainstream — the Los Angeles Lakers home arena was renamed the Crypto.com arena, after all.

In the first week of May, sales of NFTs dropped 92% compared with their September peak, and the overall market capitalization plummeted from a high of $ 23 billion in December to slightly more tha$12-billion today, wiping away more than $ 10 billion worth of investor capital in a matter of months. [via The Globe and Mail]

This latest headline surrounding Bored Ape Yacht Club — arguably the most popular NFT brand in the industry — certainly isn’t going to help improve the business’s reputation, as a new report indicates that a lawsuit filing claims some of the Bored Ape artwork and symbols have “racist and Nazi dog whistles.”

The findings come as YugaLabs, which owns Bored Ape Yacht Club, has sued a man named Ryder Ripps for alleged trademark infringement. Ripps, however, says he created the line of NFTs as a satirical parody in an effort to “hold a mirror to the images in the Bored Ape Yacht Club as a new mint to raise awareness about Yuga’s racism/antisemitism.”

The lawsuit, filed against Ryder Ripps by YugaLabs, brings claims of trademark infringement and false advertising against Ripps for making his own set of NFTs directly based on BAYC NFT images.

In a recent filing, [Ripps] doubled down on his belief in the racist nature of BAYC, saying the group was ‘drawing from neo-Nazi culture and racist communities within forums like 4chan.org/pol/—while simultaneously racking up celebrity endorsements.'”

Ripps attorneys say that: “The racist dog whistles that Yuga has embedded in BAYC and associated projects are too numerous to catalog here.”[via The Daily Dot]

It’s certainly been a difficult week for Bored Ape Yacht Club, which saw the price of its collection drop to its lowest level since the start of the year.