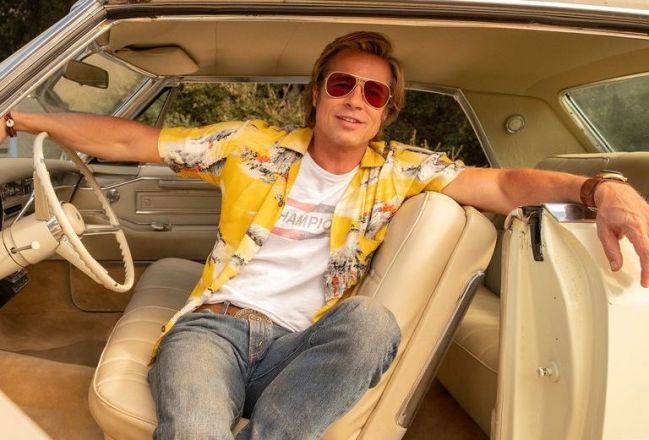 I am BIG hyped for Bullet Train, which, on paper, has the makings of an instant action classic.

Helmed by John Wick, Deadpool 2, and Hobbs & Shaw director David Leitch, Bullet Train — which follows a group of assassins aboard a fast-moving bullet train that find out their missions have something in common — stars an absolute murder’s row of talent.

Pitt is certainly doing his part to make sure the action in Bullet Train feels legit, as second-unit director and stunt coordinator Greg Rementer recently told Vulture that the Once Upon A Time In Hollywood star is doing “95%” of his own stunts.

“Brad did 95 percent of his physical stunts — the fighting. He’s like a natural-born athlete. He really got in there!”

Pitt wasn’t alone, though, as Rementer said he’s never worked on a project where so many of the film’s stars excelled at the training:

“Never have I ever done so many huge actors in one feature where all of them excelled at the physical movement of our training,” Rementer says. “So Brad, Brian, Michael Shannon, Hiroyuki Sonada, Andrew Koji — who was already a stud in terms of where he comes from with the show Warrior — all these actors put out some great action and did a lot of their [own] stuff.”

While Bullet Train doesn’t have an official release date, it began production last Fall and is scheduled for 2022, which means it’ll likely be released next Spring or Summer. Keep an eye out for it, because it’s easily one of my anticipated movies of 2022 (although, to be fair, we still got tons of 2020 movies to get to).