Hollywood’s Two Most Beautiful People In Talks To Star In ‘Babylon’, A Surefire Awards Season Hit 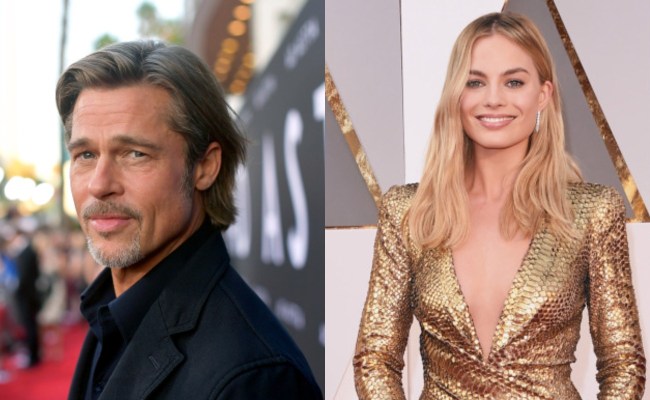 After taking a few years off from starring in front of the camera to become a wildly successful producer behind-the-camera — prior to Once Upon In Hollywood, Brad Pitt hadn’t starred in a film since 2016 and that was 2017’s little-seen War Machine on Netflix — the man is now firmly back on his A-list steez, as he and Margot Robbie are set to star in Babylon, the upcoming film from Academy Award nominee Damien Chazelle.

Margot Robbie is in talks to star alongside Brad Pitt in Damien Chazelle's upcoming film 'Babylon', a "period R rated drama, set in the shifting moment in Hollywood when the industry turned from silent film to talkies." 🎞️

In a major development on Babylon, Emma Stone won’t be reuniting after all with La La Land director Damien Chazelle. But the picture remains on strong footing: Margot Robbie is in early talks to have a re-team in this film with Brad Pitt, her Once Upon A Time…In Hollywood costar. Sources said that Stone is exiting the film for scheduling reasons, and that Paramount Pictures and Chazelle are right now in early discussions with Robbie to take the female lead role.

The project was shopped just after Netflix green lit another golden era Hollywood film in Mank. The David Fincher-directed drama from a script written by his father Howard Fincher about Citizen Kane screenwriter Herman J. Mankiewicz has emerged as an awards season frontrunner. Babylon has the same kind of auteur heft to it. [via Deadline]

Following up a 2020 that saw him star in Ad Astra and win an Academy Award for Once Upon A Time In Hollywood, Pitt has booked a starring role in David Leitch’s action thriller Bullet Train and this surefire awards season bait from Damien Chazzelle, who was previously nominated for La La Land and landed J.K. Simmons an Oscar for his Whiplash performance. And when it comes to awards season bait, no one loves Hollywood like Hollywood does, so I’m already willing to guarantee that Pitt, and likely Robbie, score Best Actor and Best Actress roles for their performances. Shootin’ my shot.