British Adventurer Loses Toes From Frostbite, Donates Them To Bar So You Can Drink Them In A Cocktail 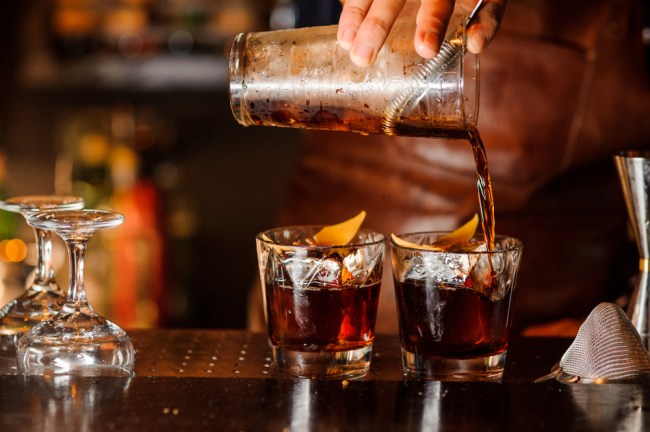 British adventurer Nick Griffiths lost his toes from frostbite during a frozen expedition in Yukon Territory with temperatures dipping as low as -58 Fahrenheit. But his loss is your gain. You can drink his amputated toes in a whiskey cocktail at a bar in Canada. Apparently, the health inspectors in Canada are a little more lenient.

We’ve heard of dipping your toes in, but this is a little over-the-top. The 46-year-old U.K. explorer lost his tootsies during a frozen expedition, but he made the best of a bad situation by donating his toes to a Canadian bar. The Downtown Hotel in Canada’s Yukon Territory received the personal gift from Griffiths in the form of three of his dark, shriveled frostbitten toes. While most bars wouldn’t be too amped about amputated human toes, the Downtown Hotel already has a drink called the “Sourtoe Cocktail” so they were stoked.

The bar has a collection of 10 dismembered toes that they embalm in whiskey and serve to their patrons. Enjoy the toe cheese Canadians. People LOVE the toe-pickled beverage and allegedly over 100,000 patrons have ordered the Sourtoe Cocktail. You’re drinking someone’s toe that fell off and died. But whatever, I like some cherry liquor with my whiskey, you enjoy an amputated toe. Something for everyone. And you were worried about the worm in the tequila.

The Downtown Hotel has offered the Sourtoe Cocktail since 1973 and has some rules when it comes to drinking their toe-jam drink. To be a member of the Sourtoe Cocktail Club you must adhere to a few rules such as don’t eat the toe, otherwise, you have to pay a $500 fine. This has happened twice because of course, it has. Another rule is: “You can drink it fast, you can drink it slow, but your lips must touch the toe.” Talk about putting a foot in your mouth.

“When I was going into the [operating room] I asked the surgeon if I could save my toes and told him what it was for. He found it quite amusing,” Griffiths said. “I wrote to the Downtown Hotel to tell them about my toes and what had happened, and they said they’d love to have them.” Nick Griffiths is a giver.