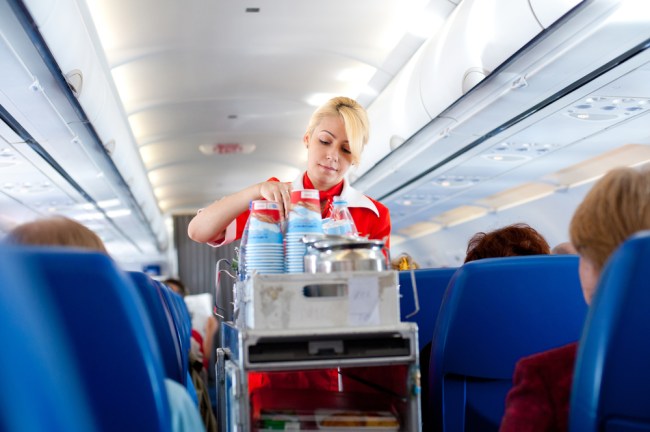 NY Post- British Airways is reportedly investigating claims that one of its air stewardesses is working as a prostitute who offers “adult entertainment” during flights — and even sells her undies to passengers.

The unidentified flight attendant advertises her services through racy snaps on social media, many focused on her stockinged feet and legs and teases that she often wears no underwear during flights, according to The Sun.

Those undies are instead sold for $33-a-pop — half the amount it costs for a “securing fee” to later meet her at a hotel, she allegedly told an investigative reporter for the UK paper.

As well as offering sex between travels, she offers unspecified X-rated treats to passengers if the money is right, the paper said.

This is the type of story that you’ve got to love to get your week started. So much to take in here after reading this story out of the New York Post. I wonder how many New York business guys reading The Post today are now going to cancel their Jet Blue flights and give British Airways a try. And a tip of the cap to this young lady, who most likely will be fired, for the top shelf innovation. She could have taken the easy way out by just setting up an Only Fans account but instead she decided to get a respected job in the flight industry and put her own spin on it.

British Airways is investigating after a flight attendant advertised adult services by posting lewd images of herself in uniform while she was apparently working. #7NEWS https://t.co/69NLxCsoOg

In flight WiFi, movies, and now this? I wonder if the Wright brothers ever thought of this type of in flight entertainment when they first created this thing called the airplane in 1903. We have come a long way here in 2020 and one can only imagine that the best is yet to come.

“She is clearly prostituting herself and boosting her business by using photos taken onboard BA planes,” one source told the Sun. “It is shocking dereliction of duty and not the image BA wants of its cabin crew,” the sources said.

British Airways told the UK paper it had launched a probe and was trying to identify the mystery stewardess.

“We expect the highest standard of behavior from all of our colleagues at all times, and we are investigating the claims,” a spokesperson for the airline told the paper.