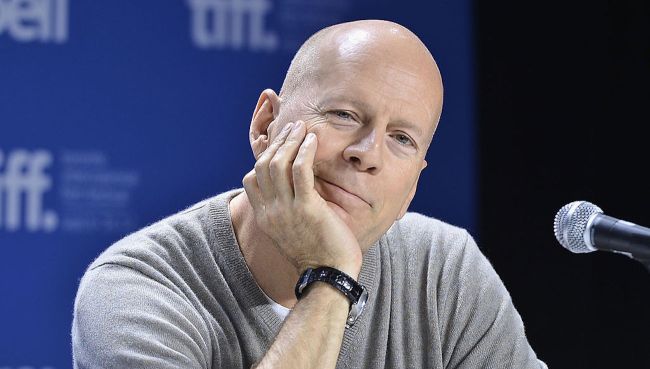 A day after Rumer Willis announced that her legendary father Bruce Willis was “stepping away” from his acting career due to being diagnosed with aphasia, the Los Angeles Times published an in-depth report about the extent of his struggles on film sets in recent years.

The report from the LA Times detailed how Willis was often paid around $2 million dollars per role, often spending just two days on set. Given how many movies Willis has appeared in during recent years — there was a four-year period where he starred in over 20 — questions are now being asked about how and why the 67-year-old actor was starring in so many films.

Questions are being asked of Bruce Willis’ agents and management

One particular excerpt from the piece has left fans concerned as it appeared that Willis didn’t even know what he was doing on a movie set:

“They [the actor’s team — which is led by his assistant-turned-handler Stephen J. Eads] stated that he was happy to be there, but that it would be best if we could finish shooting him by lunch and let him go early,” director Jesse V. Johnson recalled of the conversation. Filmmakers proceeded to quickly film the actor’s parts, even as Willis questioned where he was: “I know why you’re here, and I know why you’re here, but why am I here?” two crew members said he asked aloud.

Eads is specifically in the spotlight on the LA Times‘ report as it details the financial gains he received as a result of Willis’ career:

Eads, who began working with Willis as his assistant in the 1990s, served as his on-set handler.

“The guy guided Bruce everywhere,” one crew member on 2020’s Hard Kill said of Eads. “He carted him around and kept an eye on him.”

For his work, he is credited as a producer on Willis’ films. In December 2018, Eads entered into a three-picture deal with the now-defunct MoviePass Films for which Eads received $200,000 per picture, according to a contract reviewed by The Times.

Reading about Bruce Willis' last few years made me so sad. How dare Hollywood perform all this disgust over Sunday when multiple agencies and studios were complicit in enabling elder abuse of one of the industry's biggest action stars ever https://t.co/zD2pzxTgDY

This is getting sadder and quite disturbing by the minute. His agent and producer of most of his films, Stephen J. Eads, has made lots of money forcing, I mean, having Willis in the cast of tens of movies lately, knowing his bad condition. https://t.co/LJW0AAxTLm

what i'm getting from this is that CAA should be broken up and the unions need to develop a serious accountability framework for agents/agencies and the management apparatus in general https://t.co/MZiL93pInP

"Someone would give him a line and he didn't understand what it meant. He was just being puppeted."

A scummy network of handlers, agents, and producers kept Bruce Willis making dozens of movies over the last couple years while his condition deteriorated https://t.co/9tuANN09Hz

Looks like Bruce Willis’s assistant and the actor who doubled him are reasonably under scrutiny, but if the assistant was getting $200K a picture and Willis was getting $2M, that’s an agent’s fee. Where was the $2M going? pic.twitter.com/evfeNmZJLk

This was so devastating to read. Particularly the way people around him have been abusing their proximity to his talent and name to put him in humiliating and dangerous conditions to line their own pockets. Far more shameful than anything we saw over the weekend. https://t.co/TA8yOHiV4G

Indeed, this is a disgraceful saga of elder abuse https://t.co/ICDfvxzYyy

Ageism and the way we treat old people in our society is horrific. This turned my stomach to read. https://t.co/vRA4ZGCcVq

An ill older person being exploited. The thing that stopped it was not loving family, concerned friends, or an involved inner circle, but a hit piece by the Times. I don’t know whether to be sad disgusted or angry. https://t.co/M5Ps6fkAlc

Given this diagnosis, it’s difficult to imagine that Willis will ever act again. Our thoughts go out to Willis and his loved ones during this difficult time.