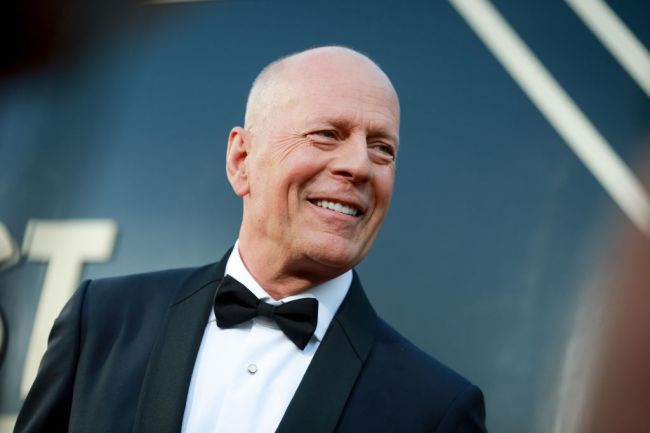 On Wednesday, Bruce Willis’ daughter Rumer announced that her 67-year-old father was “stepping away” from his acting career due to his struggles with aphasia, a brain disorder that affects a person’s ability to communicate.

“Bruce has been experiencing some health issues and has recently been diagnosed with aphasia, which is impacting his cognitive abilities. As a result of this and with much consideration Bruce is stepping away from the career that has meant so much to him,” Rumer said in the statement.

On Johns Hopkins’ website, aphasia is defined as a “language disorder caused by damage in a specific area of the brain that controls language expression and comprehension that leaves a person unable to communicate effectively with others.”

According to a new report from the Los Angeles Times, Willis — who recently went through a four-year period where he made 22 movies — had been “exhibiting signs of decline in recent years.” The Times spoke to “nearly two dozen people who were on set with the actor” that expressed concern about Willis’ well-being, including “some” directors who were “startled by his condition in the last year.”

“It was less of an annoyance and more like: ‘How do we not make Bruce look bad?’” one of the crew members said. “Someone would give him a line and he didn’t understand what it meant. He was just being puppeted.”

Willis’ state was such that his agents would make sure his stints on sets were limited to just two days, with his contract specifically stipulating that he wasn’t to work more than eight hours in a day.

In addition to being fed his lines, there are also reports of Willis discharging firearms at the wrong time: “In one alleged incident two years ago on a Cincinnati set of the movie ‘Hard Kill,’ Willis unexpectedly fired a gun loaded with a blank on the wrong cue… The film’s producer disputed that the incident occurred, but the alleged discharge left actors and crew members shaken.”

Our thoughts go out to Mr. Willis, his family, friends, and various loved ones during this difficult time.