Did You Know That McDonald’s Experimented With Bubble Gum-Flavored Broccoli? 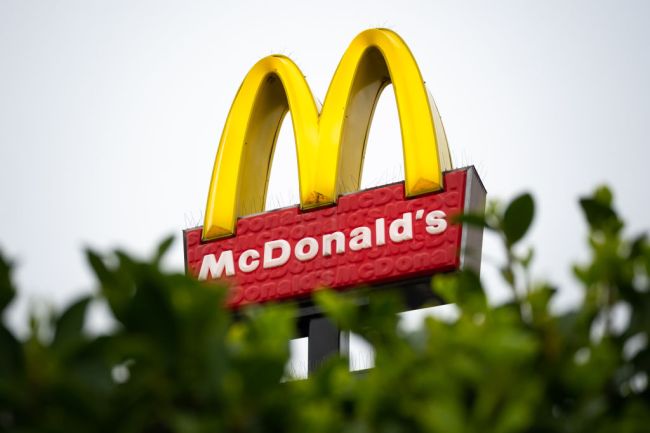 Today is National Bubble Gum Day. I don’t know who comes up with these random holidays or how they come to be, but there’s something for everyone. Today just so happens to revolve around a soft, cohesive substance that was made to be chewed without being swallowed.

I, for one, am not a big gum guy. It doesn’t really get me going. I’ll use a piece to freshen my breath in a jam, it might have kept my mouth occupied during an adderall-fueled bender or two in college, and I loved having a big ole wad of Big League Chew during a Little League game, but I will always gravitate toward a mint or something more substantial. Rarely do I seek out a piece of gum and I don’t like foods (ice cream, for example) that taste like bubble gum. I also don’t know many people who do, which is why this story about McDonald’s blew my mind.

As a result of the “holiday,” I stumbled upon an experiment that sounds more like one of Willy Wonka’s rejected ideas than anything that anyone would enjoy, ever. Back in 2014, as restaurants like Chipotle were promoting its use of organic and local produce, McDonald’s was under pressure to create healthier options. It tried a few different things, like redesigning its milk jugs and decreasing fry sizes, but never landed on a significant “healthy food” choice.

It was not for lack of trying, however. Chief executive Don Thompson spoke at an event hosted by venture capital firm Andreessen Horowitz (a reminder that our nation’s food supply is run by a corporate hierarchy) late in the fourth quarter of 2014 and discussed the company’s attempt at making vegetables more enticing. To do so, McDonald’s created broccoli that tasted like bubble gum. He didn’t elaborate as to how the Fortune 500 company was able to turn the cruciferous plant into an artificially-flavored phenomenon, but it flopped miserably. Thompson said that kids were confused by the taste.

The failure comes as no surprise. I really don’t know how anyone expected it to work in the first place. I find it hard to believe that no one, at any point, said “hey, maybe this isn’t a good idea.” Bubble gum is not a top-performing flavor among people that I know and trying to change the flavor of broccoli is a wild decision. Broccoli is up there of one of the more specific flavor profiles of any food, alongside asparagus and Brussels sprouts. Maybe changing the flavor of a pea, or a carrot, would have been a better place to start. There never should have even been a start.