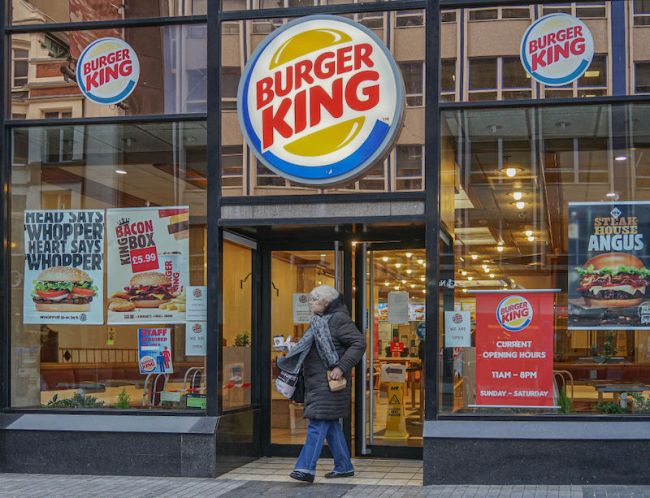 The Burger King near my house hasn’t offered indoor dining since last March. I had no idea why, I’m not a part of management, but my kids think I’m on the BK payroll and ask every time we’re sitting in the drive-thru “why can’t we go inside?”

I have to make up reasons like maximum occupancy rules, the time and manpower needed to clean the inside can be refocused on making the food faster, or one of the workers lost the key to the front door.

Turns out, most stores have halted indoor dining because Burger Kings across the country are slowly getting major overhauls soon and adding insane ordering and eating options like food lockers, conveyor belts, and motorcycle lanes.

Parent company Restaurant Brands International’s head of design described it as “the restaurant of tomorrow,” and said they designed the sites “like we had a blank sheet of paper, designing without preconceived notions of how a Burger King restaurant should look.”

From the street, you can see the three car collection options – drive-in, drive-thru, and curbside collection – as well as the outdoor dining.

The new sites will be 60% smaller than the current ones, Burger King says.

Diners can park their cars in what Burger King calls the “drive-in area” under solar-powered canopies. Customers place their orders through the app by scanning a QR code at their parking spot, and staff deliver the order to their car.

The best news for my lazy ass – and impatient kids – is that the drive-thru lanes will double and triple to speed up the process. Some locations will have a designated motorcycle lane. Most of these lanes will include conveyor belts because the BK kitchens will be on the second floor in busier areas.

BK is also adding a food locker option. Just order food on the BK app and pick it up in a metal box.

Restaurants will have less indoor dining – and more outdoor dining options – so I can’t wait to explain to my kids why the hell we can’t eat outside in the middle of January.

My local BK also has one of those disgusting play areas for kids, complete with a ball pit, which I’m positive is responsible for the first case of Covid.

Burger King even updated its logo for the first time in 20 years to look more like a hamburger and less like an NBA G League team logo.

For the rebrand, Burger King removed the blue from the logo because “there’s no blue food,” Global Chief Marketing Officer Fernando Machado told Insider. “Buns don’t shine,” he said, so that had to go too.

The new logo has that groovy 1970 and 1980s feel, bringing guys like myself back to a time when life was easy because someone else was paying for my food and I didn’t have to mongrels in the backseat rocketing french fries at one another. 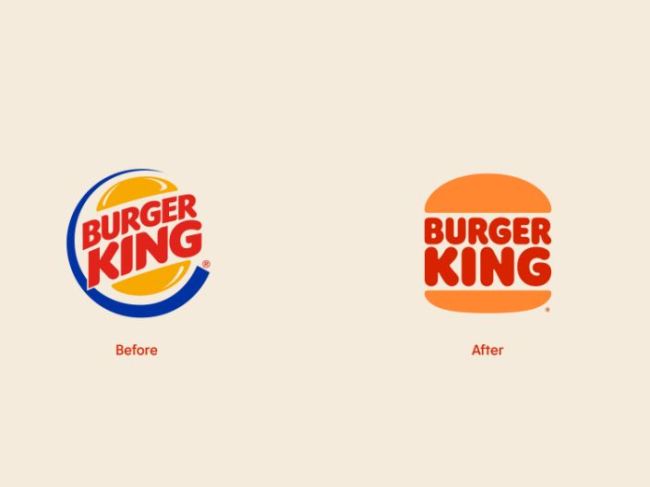 These new-look BK restaurants will roll out soon, with the first opening in Miami and then…Latin America and the Caribbean? (shrug)

I guess the King has some vacation time planned.