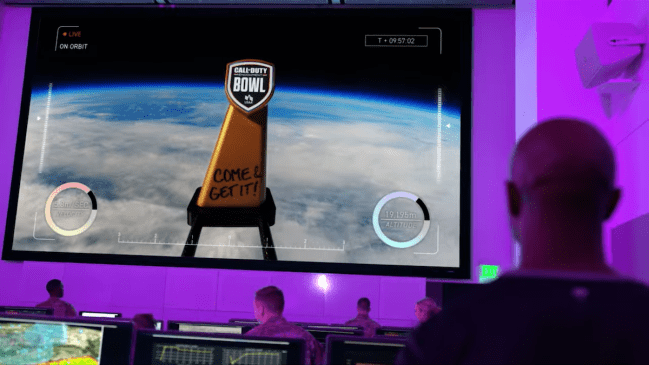 Fellas, the Call of Duty Endowment is back again with its third annual C.O.D.E. Bowl coming to Raleigh, NC on December 16th.

Since its creation in 2009, the Call of Duty Endowment has funded the placement of 110,000+ veterans into high-quality employment. The C.O.D.E. Bowl has played a massive role as the cornerstone charity event with 100% of net proceeds used to help vets find meaningful careers.

This year, both US and U.K. military esports teams will compete alongside top streamers in the first officially sanctioned Call of Duty®: Warzone 2.0 tournament—all while raising awareness and funds for a great cause.

To celebrate the fine work of the Endowment and strive for further success, the US military is taking the C.O.D.E. Bowl to new heights, literally.

After dominating the competition last year, the US Space Force is taking extra measures to ensure a repeat. So in preparation, the defending champions have launched the C.O.D.E. Bowl trophy into outer space and challenged all other military branches to “come & get it!”

“This year, the C.O.D.E. Bowl will take Raleigh by storm with a thrilling Warzone 2.0 battle to see if anyone can pry the trophy away from Space Force,” said Dan Goldenberg, Executive Director of Call of Duty Endowment. “The event will be incredibly fun to watch, but we never lose sight of our important mission of placing 61% of veterans who identify as being either unemployed or underemployed into meaningful careers.”

The C.O.D.E Bowl begins at 9:00 am PST on December 16 with a tournament-style, mini-royale competition in the newly-released Call of Duty®: Warzone 2.0. The event will feature nine military teams, each divided into two squads, battling alongside a popular Call of Duty streamer. 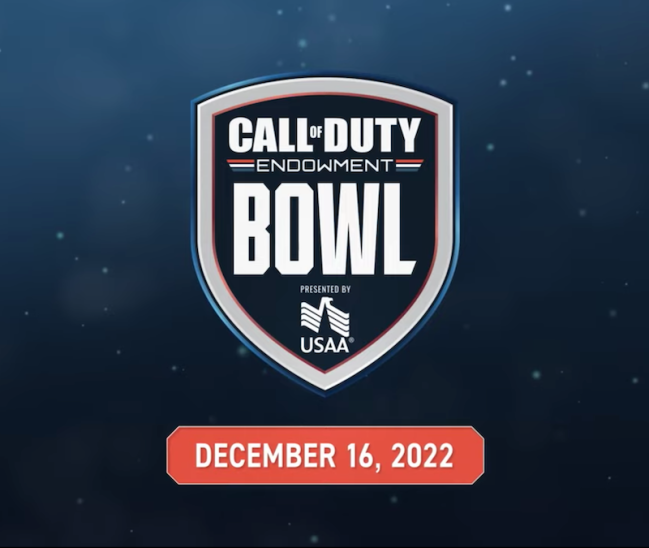 Call of Duty streamers will then join each team, including CouRage, Espresso, IceManIsaac, M3rkd by a SKIRT, C9Emz, Spratt, BennyCentral, and more.

Fans can watch the broadcast live on the Call of Duty YouTube, Twitch, and Facebook channels. USAA will also provide exclusive content, viewer rewards, and even on-site experiences for those in attendance.

It’s set up to be a can’t-miss, action-packed tournament. Teams will battle it out for bragging rights, that coveted trophy, and most importantly to raise awareness for veteran employment.

About The Call of Duty Endowment

The Call of Duty Endowment is a non-profit organization created to help unemployed veterans get back to work. It supports organizations that prepare veterans for the job market and raises awareness with events such as the C.O.D.E. Bowl.

Through its efforts over the last decade, the Endowment has already helped more than 110,000 veterans find high-quality careers post-service. Their 2021 cost to place a veteran was $547, which is 1/10 the cost of US Department of Labor efforts.

Don’t forget to tune in on Dec. 16 for the third annual C.O.D.E. Bowl to see which branch comes out on top. Plus, you’ll be supporting our servicemembers in the process.

Visit here for more information about the Call of Duty Endowment.