Can You Survive On One Bologna Sandwich A Day? 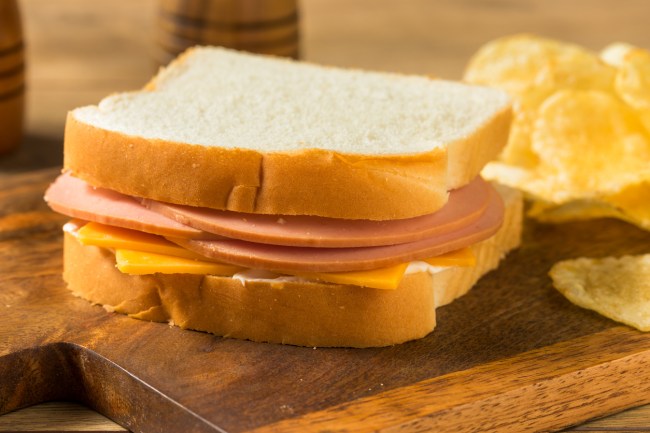 For those of us who were there, we’re in no hurry to return. Not ever. It was 2008, and the U.S. economy did something that most of us had never seen before. It sank into the proverbial crapper and left the working class standing around thinking, “What the fuck do we do now?” We were in a recession, a financial shit show that most slaves of the daily grind never once considered would come to beat them down. So, while the nation slowly dipped into troubled times, millions of workers continued to get up for work every morning, placing every smidgen of faith in good fortune, all while being utterly oblivious to the fact that just one bad day could have them wallowing in ruins. And then, that bad day came – like a motherfucker, too. Only the recession didn’t come slamming down on America all at once like a twenty-pound sledge. It chipped away at it slowly until a large chunk of the population ultimately found itself without a job. Most of those affected scrambled around, trying to figure out how to make their money stretch long enough to recover. The only problem was, no one knew if or when that day would come.

Within the first month of this madness, I could see that I was in deep trouble. My finances were grim, there were snags in my unemployment benefits and, at best, once all of that got sorted out, I was only going to receive around 45 percent of my regular salary. Just a little more than two hundred bucks a week.

The bills, however, were still coming in at the same breakneck pace. I had to formulate a plan to get by on as little money as possible to make sure that I came crawling out of such an economic cesspool, mostly unscathed. Unfortunately, rent and utilities were basically locked in. I had no choice but to ditch as many “extras” as possible – like my subscriptions to Hustler Magazine and the Penis Pump of the Month Club – to keep expenses down. But it just wasn’t enough to strengthen my bottom line.

The obvious next move was changing my diet, which was painful. It meant no more steaks on the grill, no more dining out, and drinking the cheapest beer imaginable. This was rock bottom, or so I thought.

It wasn’t long before hard times took a turn for the desperate. That was the day I walked out of the supermarket with nothing more than a loaf of generic white bread, some off-brand American singles, and a package of bologna. Yep. I was broke. At first, I thought lips and assholes would carry me for maybe a week or so until my finances improved. Little did I know that a single bologna sandwich a day would be the extent of my nutritional intake for the next four months.

Now that America has slipped into another unsuspecting recession, with the economy being the worst it has been since the Great Depression, people are relying on government stimulus cash and unemployment benefits to live. But that money isn’t yet available to every unemployed citizen in the country. There are still millions of folks waiting on their Trump bucks, while many have yet to receive clearance from their respective state to start drawing a weekly paycheck. For those who had savings before the bug put us on lockdown, the wait for financial relief isn’t nearly as dire. These are the ones comfortably hanging around the house, day drinking, watching Netflix and posting about how bored they are on social media. But for those who might have only $25 (or less) in their checking account, all of this lockdown business isn’t exactly a hand job on Mr. Toad’s Wild ride. These poor bastards could soon find themselves in a position where they must sacrifice their regular diet to keep them and their family afloat. Many of them may find themselves leaning on peanut butter, tuna or even an old fashioned bologna sandwich.

Listen, bologna is an American culinary classic. That’s about the best we can say about it. It’s a cured mixture of beef and pork, and, yes, it is made using the organs, trimmings and other scraps found on the butcher’s floor. It’s mostly all of the crap that sane people would never eat under normal circumstances, pressed together and neatly packaged to give it the illusion of being edible. It’s seasoned up with a variety of spices (loads of salt and sugar) and curing agents like sodium nitrate designed to prevent people from getting food poisoning. It is sometimes covered in the intestines of livestock. So to say bologna is a shitty meat, well, that’s pretty accurate.

Bologna was something that made its way to America by way of German immigration. It has deep roots in redneck society (Midwest, Appalachia) and is especially prevalent in the South. Stop by any roadside diner in those parts of the country, and you’d be hard-pressed to find one not serving some variation of a bologna sandwich. Plus it’s relatively easy to chew with no teeth.

Although most people find bologna to be about the most disgusting food they could ever toss down the old gullet, it was once the Rockstar deli selection of this carnivorous nation. It was hugely popular during the Great Depression and times of war because it was widely available and cheap as hell. In those days, it was hard to find a butcher that was slinging preferred, top shelf meats, like turkey and roast beef. And even if the consumer found a source, affording it was another story.

In a way, bologna is coursing through the veins of the American people. It’s embedded in our DNA. But is it safe or even remotely healthy to do as I did back in the day and eat only bologna sandwiches?

Some Americans are now wise to the ways of proper nutrition and no longer consider bologna their go-to sandwich food anymore. It’s high in fat, sodium and cholesterol, and it doesn’t really have much going for it in the way of vitamins and minerals. In a pinch, however, bologna is a decent source of protein. Each serving contains around 7 grams. Toss a slice of American cheese into the mix and the protein content of that boring bologna sandwich grows to approximately 14 grams. Smother it all in mayonnaise and give it a protein boost of a half a gram more. Pulverize the damn thing in a blender and you’ve basically got yourself a trailer park protein shake.

Most grocery outlets now have a decent deli section, making healthier options like sliced turkey and chicken, more accessible than in times past. The only reason to eat bologna these days is if, by chance, a person actually enjoys it or they are flat broke. Eating one sandwich a day, though, while sometimes necessary to get by, is not the healthiest way to go about it. I lost thirty pounds during those four months. Most of my muscle mass was eaten up by a body trying not to starve to death, and I came out looking like a bum ready, willing and able to turn tricks for spare change.

Author Charles Bukowski talked about bologna in his book Ham on Rye. He said: “No wonder I had been depressed all my life. I wasn’t getting proper nourishment.” I concur. While eating bologna and other processed meat is cheap and technically better than eating nothing at all, it’s not by much. It can even make a person sick in the long run. Bologna has been linked to increased rates of high blood pressure, heart disease, stroke and even cancer. And don’t think for a second that the government is coming to the rescue if the nation is all of a sudden plagued by bologna cancer. There’s no stimulus package for those dying from an overdose of lips and assholes.

For some reason, bologna keeps making a comeback. In fact, it experienced a bit of a resurgence in 2009 when sales were up 125 percent. This uptick was probably due to people, like me, who were on a strict recession diet and simply couldn’t afford to eat anything else. Still, bologna is no longer just extremely cheap fare for the destitute. It’s actually making its way into more restaurants. Over the past few years, more culinary wizards around the country have been trying to incorporate the poor man’s steak into their menus. Some are doing this for the sake of nostalgia while others because they believe the meat deserves artisanal variations. Hell, why not?

Considering the harsh reality of the times, it stands to reason that 2020 could be the year when the bologna sandwich makes yet another comeback. It’s already happening to some degree. I’m doing my best to keep away from it. No thank you, Oscar Mayer! But I’d be lying if I said that all of this fallen economy crap hasn’t caused my PTBS (Post Traumatic Bologna Sandwich Syndrome) to flare up. Right now, it’s chicken and salmon on my dinner plate. Yet by the time August rolls around, I might be coming out of the store full of bologna. And that’s really going to piss me off.