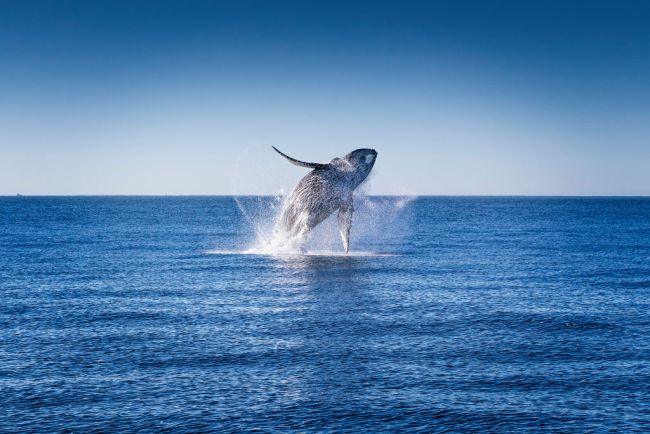 Lobster diving is as literal as it sounds. Divers swim to the bottom of the ocean and pluck lobsters off of the floor. Michael Packard is a veteran in the profession and set out for his second dive of the day on Friday morning before things took a massive turn.

Just a little bit after 8:00 a.m., he hopped into the 60 degree water in Cape Cod. With about 20 feet of visibility in the water, Packard saw schools of fish swimming by as a dove deeper. However, about 10 feet from the bottom, he unintentionally joined the them in the food chain.

The 56-year-old initially thought that he was inside a great white shark, but he didn’t suffer any wounds and didn’t feel any teeth.

“All of a sudden, I felt this huge shove and the next thing I knew it was completely black,” Packard said to the Cape Cod Times after being released from the hospital. “I could sense I was moving, and I could feel the whale squeezing with the muscles in his mouth.”

Packard, thinking that his death was imminent, began to struggle. As the squirming continued, the whale began to shake its head and made it clear that he didn’t like the movement. Packard, continuing to kick and scream, estimates that he was inside the whale for 30 to 40 seconds.

When the whale finally surfaced, it ejected Packard out into the ocean. All things considered, the injuries were limited. Packard said that he suffered soft tissue damage but did not suffer any breaks or life-threatening injuries.