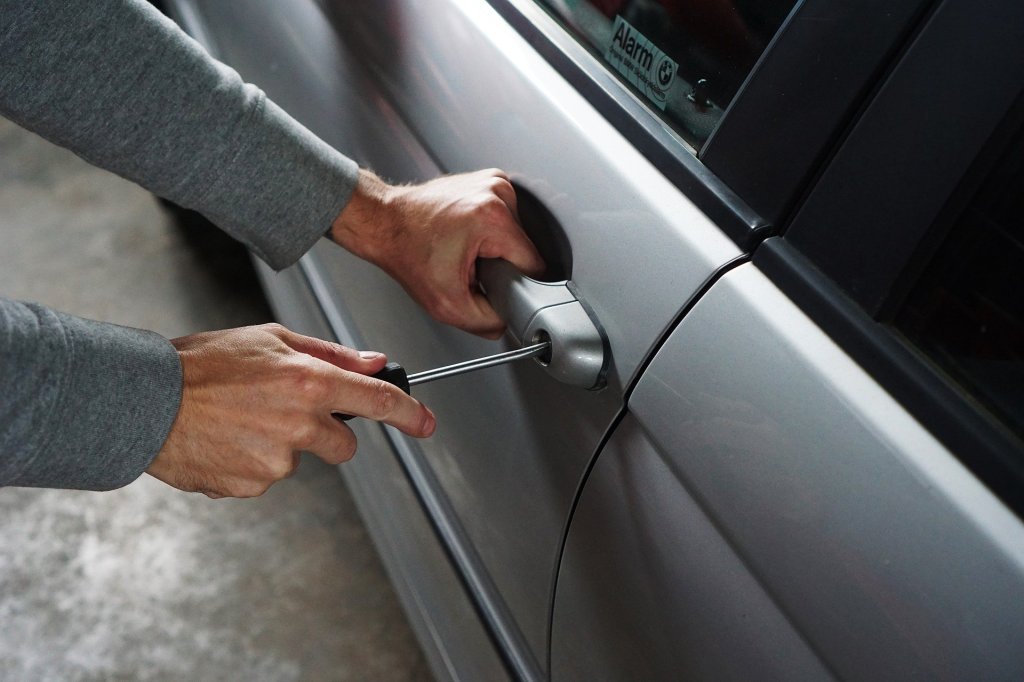 Good guy car thief? That appears to be the story here, at least a little bit, or it might be after the police catch him and we get some more clarification on what happened. The car thief in Oregon stole a vehicle over the weekend only to find there was a 4-year-old left unattended in the backseat so he did the only responsible thing and returned to the scene of the crime to scream at the mother for being irresponsible. Who says there’s no honor amongst thieves?!

A police spokesman for the Beaverton Police Department told CNN the child was unharmed. It sounds as if the mom was overwhelmed and recognizes she made a very poor decision to leave the kid in the car but I wonder if she would’ve had that clarity if her car wasn’t stolen?

“He hopped in the car, drove it, realized there was a 4-year-old inside, and drove back and ordered her to take the child out of the car and then drove away again,” Henderson said. “We’re thankful he had the decency to bring the little one back.”
The crime took place at a meat market in Beaverton, where Crystal Leary left the engine of her car running and doors unlocked before going inside for a few minutes to purchase meat and a gallon of milk.
She was just 15 feet away from the car on the other side of the glass, Henderson said, but turned around at the wrong moment.
“As moms, we get really busy and we think we’re just running in for a second and this is just a perfect example of just letting our guards down and how terrible it could have ended,” Crystal Leary, the mother, told CNN affiliate KPTV.
“I am thankful that he is okay. It was so stupid and I’ll never do that again, but it’s that split second decision that can just change everything.” (via CNN)

I’ve got a son who is almost 2 years old. I get how much of a handful they can be. Especially over the past year when you can’t just freely take your kids everywhere as you could in normal times. But leaving them in the car unattended? That’s a universal no-no.

Police are asking for help identifying the car thief. If you have any tips you can call the Beaverton police at 503-629-0111 (via WSVN).

Side note: reading through this I’m thinking back to the countless times my mom and dad left me unattended in the car when they ran into the grocery store or gas station. It seems like a prime example of the Boomer generation saying ‘it was a different time, we didn’t know any better’ when they sure as heck knew better and just hate owning up to their mistakes.

I remember my parents leaving me in the truck while they ran into Publix and the car wasn’t running. I passed out and woke up in the hottest car of my life. I was like one of those dogs that you hear about on the news where a bystander smashes the glass to rescue the pup. The Boomers knew better then and they know better now, they just don’t like to admit it.

At least this mother’s willingly admitting she made a mistake and we can applaud her for that.