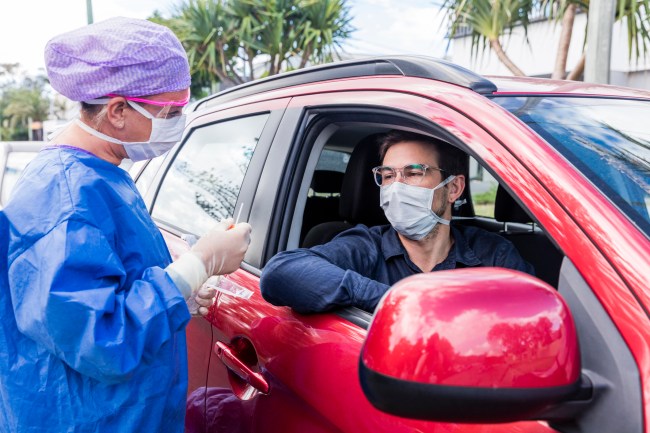 I’ll be honest, I’ve had some fatigue when it comes to staying up-to-date on Coronavirus news. From late January through early March it was the only thing I could focus on. The spread, the numbers, symptoms, treatments, studies. But when the entire world shifted its focus to the coronavirus it somehow became harder to stay focused on what was happening.

This, however, is a pretty important update. Not because this list of symptoms is new news, most of these symptoms have been accepted by the medical community for weeks, but by the CDC adding six more possible symptoms of the sars-cov-2 coronavirus to their list, bringing the total list to nine possible symptoms, it means that many more people will now be able to get tested for the virus.

A lot of hospitals or doctor’s offices will only order tests for a sick patient if they are exhibiting one of the known symptoms. Prior to know, those three symptoms were ‘fever, cough and shortness of breath’. Without one of those symptoms, a person would likely not be able to receive a test. Now that there are six more symptoms this will open up the testing A LOT.

The full list of possible coronavirus symptoms now stands at:

3. Shortness of breath or difficulty breathing

9. A loss of taste or smell

Since most testing sites (hospitals, doctor’s offices, drive-thru testing, etc) require patients to have at least one of the major symptoms in order to be tested for COVID-19 this opens up the testing to A LOT of potential patients. We are much safer as a society as testing is ramped up because we’re able to identify many more cases and isolate the infected in order to stop the spread of the virus. This is just one crucial puzzle piece in getting things back to some semblance of normality.

One of the most recent symptoms to raise attention is what appears to be a blue/purple bruising on feet and toes, something that’s most common in kids according to USA Today:

Another more recent phenomenon: purple or blue lesions on a patient’s feet and toes, most commonly appearing in children and young adults, dubbed “COVID toes.”

Though experts can’t pinpoint the condition, some hypothesized that it could be excess inflammation, a clotting of blood vessels or a thrombotic disorder known as purpura fulminans.

There isn’t enough known about this symptom yet in order to make it an ‘official’ symptom of coronavirus but it seems like this will eventually be added to the list of symptoms in the same way that ‘loss of taste’ started out as an anecdotal symptom which was later found to be very widespread.

Another alarming symptom that wasn’t added to the official list is ‘stroke’. Dr. Thomas Oxley, a neurosurgeon at Mount Sinai Health System in New York, told CNN they’d witnessed “a sevenfold increase in incidence of sudden stroke in young patients during the past two weeks” and most patients had ‘no past medical history’ and most of them were at home with mild symptoms. You can read more about that here on USA Today.