Chance The Rapper Has FINALLY Revealed His Album’s Name, Release Date, And Cover 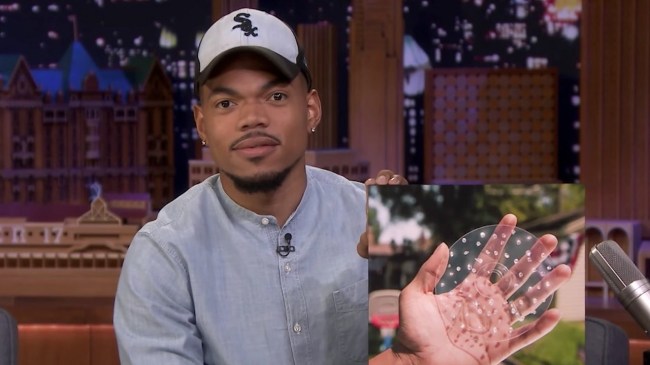 Three years after releasing his most recent solo project, Coloring Book, Grammy Award-winning artist Chance the Rapper is back with his first full release since 2016.

After spending much of the last year teasing his fans about his debut album, which he referred to as his “Owbum” (still unsure as to what that actually means and why he called it that), the Chicago born-and-bred rapper had been providing little to no details about the record, other than the fact that it would be released in July.

Now, finally, after an appearance on The Tonight Show, Chance finally gave fans what they’ve been waiting for be announcing the album’s title, release date, and cover art.

The album — Chance’s “debut” studio album — will be titled The Big Day and it’s dropping next Friday, July 26.

After giving his first three albums away for free — in fact, Coloring Book was the first streaming-only album in history to win a Grammy Award — Chance the Rapper, now 26-years-old, has finally decided to get his bag and sell his music.

While no track names or features have been announced, given the amount of goodwill Chance has emanated throughout the music industry in recent years (good vibes only brah), there’s no question that The Big Day is going to be absolutely stacked from its first track to its last. Calling it now, it’s going to be the album of the summer. Just banger after banger.

Chance didn’t only promote his album during his time with Fallon, though, as he discussed how Donald Glover (or Childish Gambino if you like his music more than his acting) got him a gig as a “nostalgia consultant” for Disney’s upcoming remake of The Lion King in addition to voicing some of the background characters as well.

Chance the Rapper’s debut studio album ‘The Big Day’, which will be released on Friday, July 26, can be preordered on his official website, ChanceRaps.com.