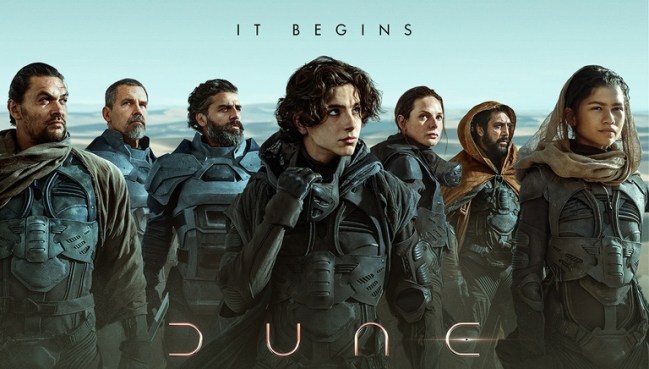 The other night I tossed on Blade Runner 2049, my fifth favorite movie of all time behind Eternal Sunshine of the Spotless Mind, The Dark Knight, Pulp Fiction and Goodfellas. Hell, I even made a meme about spontaneously tossing on Blade Runner 2049, something I actually do more often than I’d like to admit. Given my BR49 watching habits, it goes without saying that I hope you’ve seen it. Given its box office numbers, though, odds are that you haven’t. Made for about $165 million, Blade Runner 2049 made just $260 million at the global box office, therefore making the film an unequivocal box office bomb.

But what does Blade Runner 2049 have to do with Dune, you wonder. The film heads out there should’ve already put it together by now: both films — ambitious sci-fi, superhero-less tentpoles — are directed by Denis Villeneuve. What makes them different, though, is that unlike Blade Runner 2049, Dune is intended to get a sequel. That sequel will only get made, though, if the first one — which releases on October 22 in theaters and on HBO Max — is a financial success. That’s where the Blade Runner of it all factors in, as Villeneuve is going to need Dune to be a much bigger success if he’s going to have a chance at continuing the story. And based on what we’ve heard so far, the quality of Dune will certainly put it in a position to prosper.

During an interview with Sight & Sound Magazine, Oscar-winning Nomadland filmmaker Chloe Zhao has revealed that not only has she seen the film but that she thinks it’s incredible:

“It gives me hope that a filmmaker like Denis is able to really harness his vision & put together something so incredible, so cinematic. I’m just blown away by the experience I had in that room.”