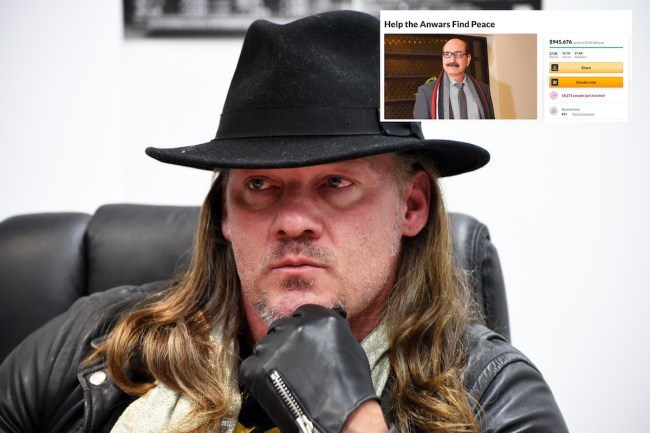 The story of Mohammad Anwar of Springfield, Virginia is tragic. The Uber Eats driver was killed during a botched carjacking attempt by two teen girls in Washington, D.C. last week.

If you’re unfamiliar with the story, the teens, 13 and 15, assaulted Anwar with a Taser during the carjacking. The suspects hit the gas while Anwar is still hanging on the driver’s side door. Anwar sustained life-threatening injuries including multiple broken bones and was pronounced dead at the hospital.

There’s video footage if you want your day ruined.

Mohammad immigrated to the United States from Pakistan in 2014 and was the sole provider for the family. After the tragedy, the Anwar family started a GoFundMe to help ease the monetary burden after his death. Mohammad Anwar is survived by his wife, three kids, and four grandchildren.

One of the largest donations to the effort – which has already raised close to $1M – was from current AEW star Chris Jericho. Jericho donated $2,500 to the Anwar family and told TMZ Sports the story “hit him hard.”

“Just the feeling of terror he must’ve had being stuck halfway out of the car as the thieves … mere children … hit the gas. Something out of a horror movie,” Jericho told the website.

The two girls were arrested and are being charged with felony murder and armed carjacking.

“I just thought the whole situation was terrible and it really hit me hard,” Jericho told TMZ Sports. “It’s not much, but it’s the most I could do to try and bring some light into a dark situation.”