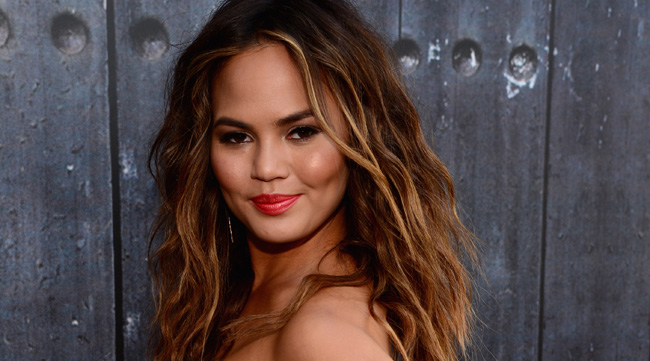 I’d like to kick this off by saying that Twitter Moments gets under my skin when they create a moment for every little thing that Chrissy Teigen does. I like Chrissy a lot. She’s killing it in her career. Her husband’s awesome. She seems to have one of the best lives of anyone in America in 2017. But the rush to create content out of every fucking thing she does on Twitter (*cough* Buzzfeed *cough*) is too much. I don’t need to see an article about how Chrissy Teigen made meatloaf on Twitter. That’s not special. But, she’s a celebrity and crazy shit seems to orbit her life and this is one of those genuinely news-worthy incidents.

Chrissy and her husband John Legend were on an ANA flight from LAX to Tokyo, riding in First Class of course. Several hours into the flight (approximately 4 hours) the announcement was made that the plane would be turning around and heading back to LAX. This meant that they’d be cruising on an 8+ hour flight to nowhere, LAX -> LAX. Why? Because one of the passengers on the ANA flight apparently had a ticket to a United flight. How in the Sam Hell did this person get on an ANA flight with a United boarding pass? This remains to be seen.

Chrissy, as she’s known to do, live-tweeted the entire event. Here’s how it all went down in the sky:

a flying first for me: 4 hours into an 11 hour flight and we are turning around because we have a passenger who isn’t supposed to be on this plane. Why…why do we all gotta go back, I do not know

So many questions and I have no answers. Either do they. This person must be mortified though

This is a valid question and one I’d be demanding to know:

Why did we all get punished for this one person’s mistake? Why not just land in Tokyo and send the other person back? How is this the better idea, you ask? We all have the same questions.

I can't bring a full bottle of lotion on a plane but they somehow got a whole person into the plane?

Lmao after all this I will have spent 8 hours on a flight to nowhere. Like we were all just havin a great time up here flyin in the sky watching gran torino time to go home now

Free WiFi for everyone though! Except we all have to stand in line at Narita to claim our 19.99. Thanks ANA!!

This person is so lucky that we will all have to deplane. Imagine having to walk off alone. The shame!

I won’t be able to sleep until I know how this person figured out they were on the wrong flight. That’s all I ask. 150 people have been majorly inconvenienced, please, just tell me

They keep saying the person had a United ticket. We are on ANA. So basically the boarding pass scanner is just a beedoop machine that makes beedoop noises that register to nowhere

I don’t know why I’m not more upset about this. The pleasure I get out of the story is worth more to me than a direct flight to Tokyo

My first tweet can’t be more epic than this: just survived an 8-hour LAX-LAX flight with @chrissyteigen and @johnlegend on #ANA #NH175 pic.twitter.com/yY0vIqfcja

Still on the plane. Starting to get a little…as james franco in spring breakers would say… spicious

Police were interviewing all the people seated around the mystery person once we got off the plane. Why would they do this! I MUST KNOW MORE

I have been moved to a room with Bravo. Clearly the authorities are trying to keep me quiet so I don’t BLOW THE LID OFF THIS “SITCH” pic.twitter.com/ohhpCmjviG

We live here now. This is our new life pic.twitter.com/ero7e5kFOm

I just woke up. Still here!

Getting on another flight now oh bless

This all wrapped up just 4 hours ago:

Her first tweet went out 12+ hours ago. She then got on the 8.5-hour flight to nowhere. Sat in the airport for hours. I mean, fuuuuuuuuck. That sounds like legitimate torture. It appeared to be miserable from the outside and she was riding in First Class. Imagine the torture those people were feeling back in Economy/Coach. Sitting in the tiny ass seats for 8.5-hours to nowhere only to turn around and fly back to nowhere.

And we’ve established that this person’s boarding pass was for United and this was an ANA flight and how it’s insane that the ticket scanned. But isn’t it a bit of a miracle that his seat was open as well? How many empty seats are even on these international flights each day? I can’t imagine there are too many. So many things about this are weird.

I actually left out a lot of the tweets from the Twitter Moments and you can see the full thread by following that link.