Would You Stay At This Creepy Clown Motel In The Middle Of The Nevada Desert? 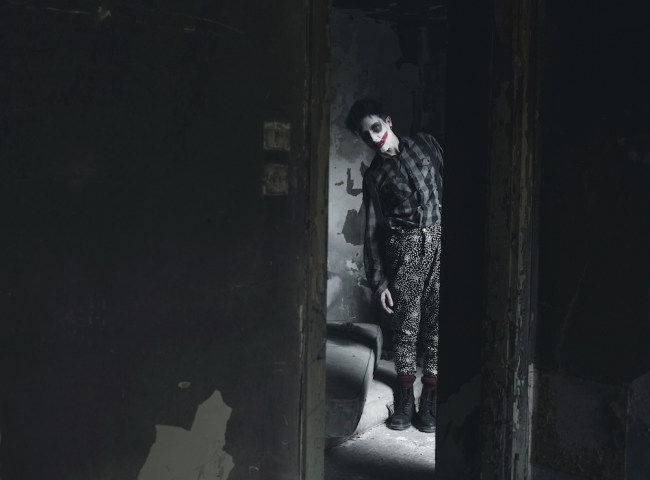 Hame Anand was 14 when he first visited a circus in his home country of India. The tigers, elephants, and trapeze artists scared him to death. Anand left after fifteen minutes.

The next day, Anand was convinced by a friend to go back a second time. Anand remained scared until a clown came out and cracked the crowd up, immediately making Anand feel better.

On that day, Anand because infatuated with clowns.

In 2017, Anand and his collection of over 200 clowns moved to Las Vegas. At the same time, Bob Perchetti was running the Clown Motel, a creepy little desert motel in the small town of Tonopah. The motel boasted over 800 clown artifacts and treasures, and if that wasn’t creepy enough, the establishment sat right next to a graveyard.

Perchetti decided to retire that year and listed the property for $900,000.

Anand – now the self-proclaimed CEO of the Clown Motel – merged the clown collections and has been welcoming visitors ever since.

The visitors are human and possibly from another realm.

When asked about which rooms at the Clown Motel are especially haunted, Anand rattles off a list that seems to include just about all of them. Overnight guests experience especially strange incidents in rooms 108, 109, 210, 215, and 217. Bathroom doors open and close, voices whisper after dark. In one case, a group of four women reported a ghost in the bathroom who actually offered to fix the toilet.

Like Anand’s beloved clowns, these ghosts seem like a benevolent fixture around the motel, occasionally meandering over from the desert graveyard to simply hang out, maybe do some pro-bono plumbing work.

Back in 2015, our own Cass Anderson took part in a Fantasy Football league where the loser – who’s terrified of clowns – was forced to visit the clown motel.

The clown motel has been featured on several TV shows over the years. Here’s a look inside the Clown Motel from the Travel Channel with former owner Bob Perchetti.

Anand told Thrillist he understands that tourists visit the motel specifically to be scared, so he’s made changes to attract that crowd.

The Clown Motel boasts a “Friday the 13th” room, “Halloween” room, “Exorcist” room, and, naturally, an “It” room.

Unfortunately, none of the rooms face the old graveyard next door, but Anand plans on constructing “14 very special rooms that allow guests to see the crumbling tombstones and weather-torn crosses right from their windows.”