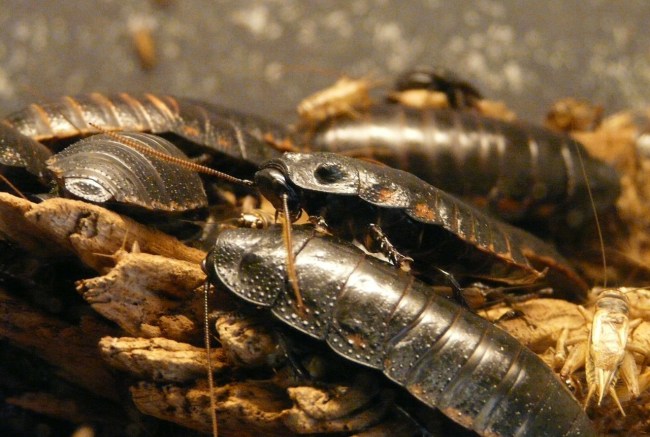 I’ve lived in New York City for over five years and I’ll admit the adjustment period is a long and never-ending one, as there are plenty of issues I’ve had to deal with here that I never really encountered in the other places I’ve resided before—especially as far as living situations are concerned.

In the first apartment I lived in, I had to take my pants off and put one foot in the bathtub if I wanted to sit on the toilet, and while looking for a second, I had a realtor attempt to explain to me why having a shower in the kitchen is actually a good thing (“Just think of how much quicker it will be to fill up pots with water!”).

However, nothing truly sums up the NYC experience better than my third apartment, a clichély cramped studio with a rattling radiator, a beautiful view of a brick wall, and a sofa that doubled as a massage chair whenever the subway passed by.

While this isn’t a problem unique to New York, I also had some uninvited roommates in the form of the cockroaches that routinely scuttered around the apartment.

Despite my best efforts (and the efforts of the exterminator who got to know me on a first-name basis), I was never really able to rid myself of the pests, and if a new paper is to be believed, I might have finally figured out the horrifying reason why.

According to Complex, Satan’s little helpers are apparently developing an immunity to insecticides at an alarming rate based on a study that was conducted in apartments throughout the United States over a six month period.

The scientists harnessed three different types of poison to determine their effectiveness and discovered they did almost nothing to combat infestations, with some locations even seeing a spike in the cockroach population.

“We didn’t have a clue that something like that could happen this fast.

Cockroaches developing resistance to multiple classes of insecticides at once will make controlling these pests almost impossible with chemicals alone.”

I guess I’ll just stick with my preferred New York-inspired method of execution: wailing at them with a Timberland and hoping I don’t dent the wall (again).