10 Classic Cocktails Every Man Should Know How To Make 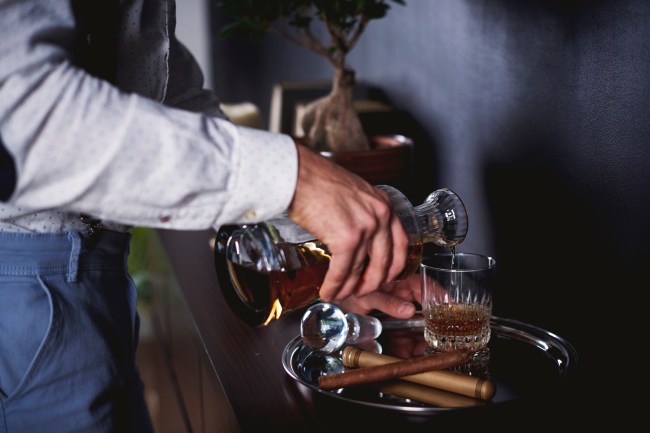 You can’t go wrong with the classics. Fixing a proper libation isn’t rocket science, which is why you should commit this list of classic cocktails every man should know how to make to memory.

What you order at a bar, whether fair or not, can be the first thing someone judges your character on. With that said, who hasn’t made fun of one of their buddies for ordering a piña colada?

Delicious though they may be, those kinds of cocktails can lead you down a path full of pink frills and rainbows. A real manly cocktail is equal parts strong, a challenge to drink, classy, and rugged.

Here are 10 cocktails that will put some hair on your chest.

10 Cocktails Every Man Should Know How To Make

It’s like a mojito but it’s got whiskey in it, which immediately calls to mind images of mountain men with beards hunting in the mountains of Tennessee. Plus, it’s got the word “smash” in the title, which automatically makes you sound cool when ordering it. The drink is a favorite of professional chef and occasional loudmouth Bobby Flay, who delights in serving it at his restaurant in the Mohegan Sun casino. Nothing like some whiskey to numb the pain of losing money to that guy. 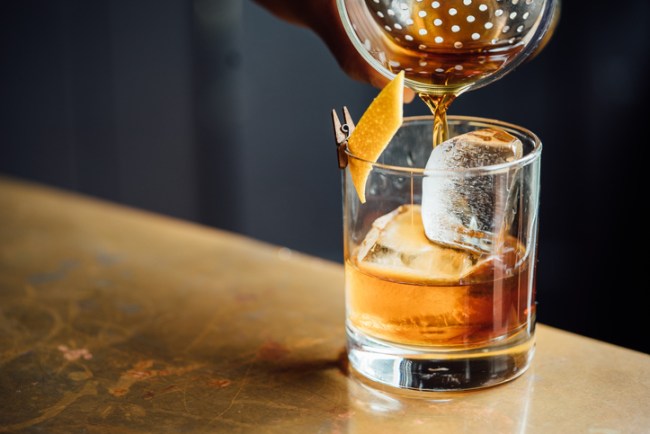 This drink has made a comeback almost singlehandedly because of the show “Mad Men.” Old-fashioneds may look pretty, but man do they pack a punch. A few of these, and you’ll at least feel cool enough to wear suits, chain smoke, and call women “toots.” The question is: how were guys like Don Draper able to go back to work after slugging down a few of those bad boys?

Martinis are proof that simplicity can be the ultimate cool. Since it’s pretty much just a mix of two types of alcohol, it takes some real fortitude to take this one down. These are best drank at hotel bars, weddings, and while hosting your own dinner parties. Oh yeah, and three words: James. Freaking. Bond. 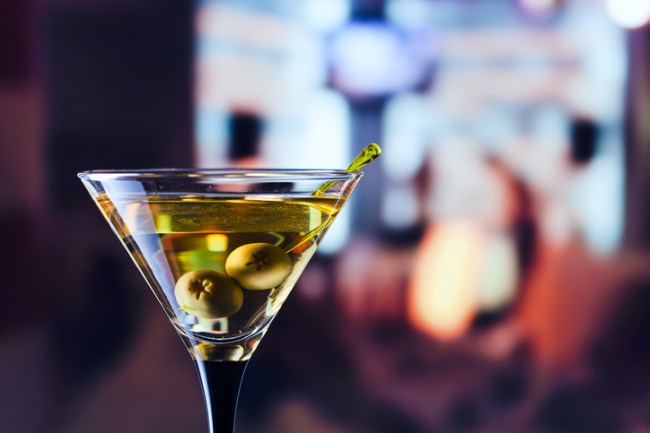 Though it may look like a syrupy after-dinner drink, the Godfather is only for the most experienced of drinkers. The mask of sweet amaretto masks the hard, unforgiving, edge of Scotch. Kind of like how Michael Corleone looks all smooth on the outside, but doesn’t hesitate to order someone killed when push comes to shove. C’mon, we had to make one reference to the movie.

A classic evening cocktail every man should know how to make. The blood red color lets off a little badass vibe, and the sweet taste helps it go down nicely. The Manhattan is one of the few cocktails to make it out of the dark days of Prohibition in its original form. That right there is one tough drink.

Say you’ve just finished nine holes on a hot summer day. You want something nice and cool to drink, but aren’t in the beer kind of mood. Seek no further, the Tom Collins is your drink. Equal parts fruity and boozy, the Tom Collins is named after a strange hoax phenomenon in which people would spark up conversations about a fictional man named Tom Collins. Yeah it doesn’t make sense, but it’s still a hell of a drink. 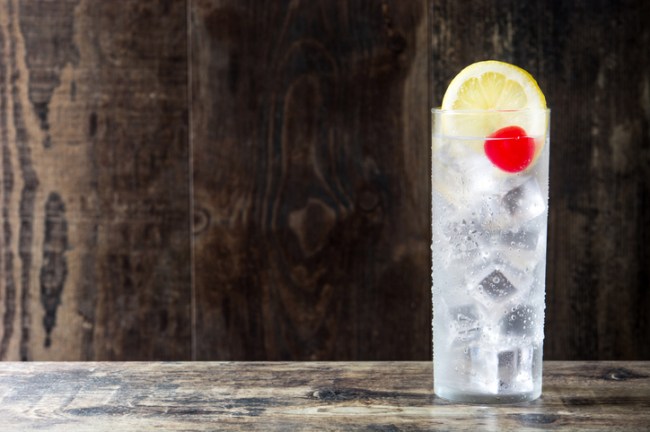 One of the few good things to come out of World War I, the sidecar was created in Paris. Say what you want about the French, but they really know how to drink with style. The drink is purportedly named after the sidecar that soldiers needed to be driven around in after spending a bit too much of their R and R time at the bars. Safety first indeed.

Usually these drinks are saved for Halloween-themed parties, and judging by the amount of alcohol contained in one zombie, you should only really be drinking them on special occasions. The drink made its debut in the 1939 World’s Fair in New York. It’s reputation for swift inebriation was so well-known that in 1940 a song about the dangers of drinking too many called “Abercrombie had a Zombie” was released. And yes, too many of these will have you walking like a zombie. Har har har.

These days, whatever remaining beer in the fridge can be considered a nightcap drink. Back in classier times, drinking a stinger before retiring into blacked out slumber was a perfect way to end the evening. The film Kiss Me Kate featured star Cary Grant drinking more than his fair share of stingers. That guy was one of the greatest leading men of all time. If it’s good enough for him, it’s good enough for anyone.

It sounds a little dirty, but there’s nothing wrong with that. Rumor has it that the name came from the fact that Scots used an actual rusty nail to stir the drink. Gross, but still a little badass. It’s a sweet drink, but it still has the nice bite that any good Scotch can give. For those who don’t necessarily drink Scotch, this is a smooth alternative.