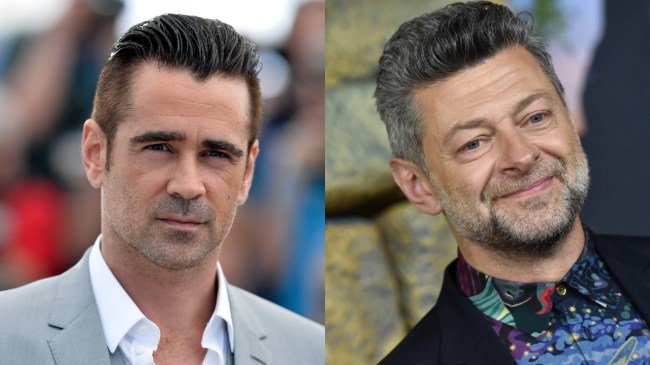 The cast of characters that inhabit the new cinematic version of Gotham City continues to grow, as Deadline has reported that Colin Farrell is in talks with Warner Bros. to portray Oswald Cobblepot, a.k.a. The Penguin, in 2021’s The Batman. Additionally, The Wrap reports that Andy Serkis is also in talks to join the film as loyal Wayne family butler Alfred Pennyworth.

Directed by Matt Reeves (War for the Planet of the Apes), The Batman has been described as a detective-focused story that will see the Dark Knight encounter some of Gotham City’s most legendary and infamous villains.

Given that famed rogues such as Riddler, Catwoman, and Penguin have already been cast with A-list stars, Warner Bros. is clearly putting all the resources they have towards making The Batman a success following the massive disappointment of Batman v. Superman: Dawn of Justice, Suicide Squad, and Justice League.

With Batman arguably being the most popular superhero on the planet, Warner Bros. cannot afford another on-screen failure and are wisely giving director Matt Reeves — who has more than proven he can handle an IP franchise with his work on the Planet of the Apes franchise — all the tools he needed to craft a successful film.

As reports have previously indicated, both Reeves and the studio are clearly trying to make the new cinematic universe that Batman inhabits a living, breathing entity, which would explain why they’re not only casting so many A-listers but casting them in iconic roles that they would likely portray over the span of multiple films.