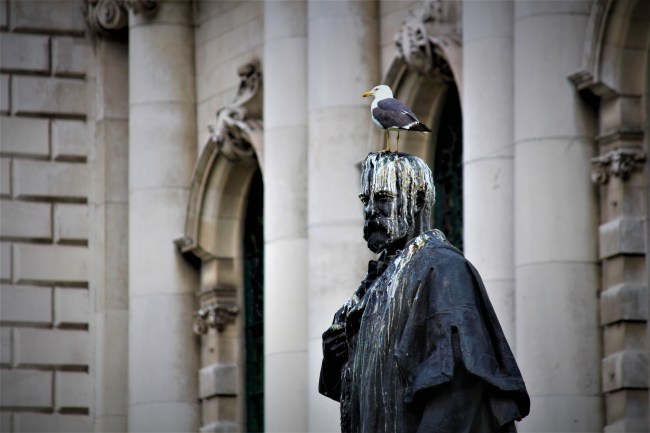 If you had to name the most statistically improbable thing to ever happen to you throughout your entire lifetime, could you? I’m not so sure I could.

I know that getting in a high-speed car chase in Panama after leaving the beach at 3am and then the cops just letting me leave without taking me (and my friends) to jail probably ranks pretty high up there. Sure, the overnight front desk guy at the hotel in Bocas del Toro gets all the thanks for that because he’s the one who talked the cops out of arresting us but I’m fairly certain that 99 out of 100 times that a late-night high-speed car chase in a foreign country results in everyone going to jail (and no bribes were exchanged!!!).

Also, it was pretty rare when that seagull that shit on my shoulder in NYC back in 2015 before Game 7 of the Eastern Conference Finals between my Tampa Bay Lightning and the New York Rangers. I knew it was good luck because I was in pigeon territory walking down my old street on Thompson (and Prince). There weren’t any seagulls in the area and I was far from the river. But my Lightning won that Game 7 2-0 which means the seagull shit was all good luck and none of it matters.

Why am I rambling on about all this random stuff? Well, there’s really not much else going on in the world right now outside of you know what. Random/useless trivia is about all I have right now to occupy the blank space where my mind should be and that’s why this video below comparing the probabilities of the rarest things in the universe is so entertaining, it fills the informational void that’s been left by sports and news that isn’t depressing.

Now if you can go ahead and share this with one person (at least one/just one!) we can make today better for at least one person out there.