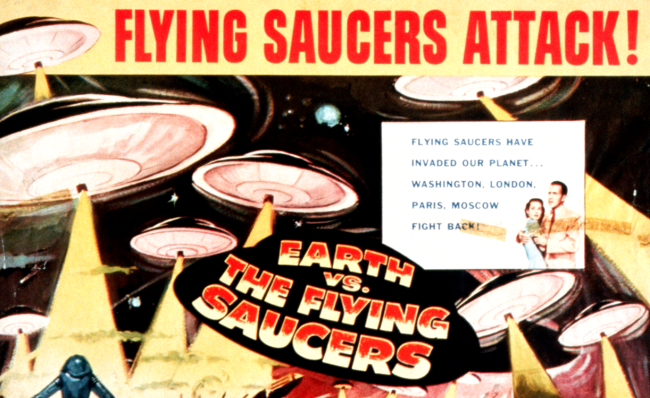 The United States Congress held its first hearing on UFOs in more than 50 years this week. It turned out, however, to be more about UAPs than UFOs (which are really the same thing).

The House of Representatives’ Intelligence, Counterterrorism, Counterintelligence, and Counterproliferation Subcommittee hearing on Tuesday attempted to address the U.S. Department of Defense plans for dealing with UAPs in the future, more than finding out what the organization knows about UFO sightings of the past.

While admitting that there are many UFO sightings that remain unexplained, the government officials also stated there is no evidence that Earth has been visited by extraterrestrial beings.

“Unidentified aerial phenomena are a potential national security threat, and they need to be treated that way,” said Rep. André Carson. “For too long, the stigma associated with UAPs has gotten in the way of good intelligence analysis.”

Rep. Rick Crawford said, “The intelligence community has a serious duty to our taxpayers to prevent potential adversaries such as China and Russia from surprising us with unforeseen new technologies.

“This committee has an obligation to understand what you are doing to determine whether any UAPs are new technologies or not — and if they are, where are they coming from?”

The Office of the Director of National Intelligence reported that there had been a total of 144 of these incidents since 2004.

Congress appears to be taking UFO sightings more seriously, but the hearing was lacking in specifics

A newly formed government team called Airborne Object Identification and Management Synchronization Group (AOIMSG) will now be tasked with keeping Congress in the loop on such encounters involving the Department of Defense and the Director of National Intelligence.

Deputy Director of Naval Intelligence Scott W. Bray stated that the number of military encounters with “unauthorized and or unidentified aircraft or objects” has been increasing since the early 2000s and that these “sightings are frequent and continuing.”

When asked by Rep. Raja Krishnamoorthi if any military craft have ever collided with a UAP in the air, Bray stated there had not been, but there have been 11 confirmed near misses.

While it is certainly a positive that the government appears to now be taking UAP (aka UFO) sightings more seriously as a part of our national defense (though not everyone agrees with it as you can read below), many are still left asking, “What about aliens?”

And what’s Congress doing today? Holding a hearing on UFOs!

The UFO hearing this morning was a total joke. We should have heard from people who could talk about things they'd personally seen, but instead the witnesses were government officials with limited knowledge who couldn't give real answers to serious questions. pic.twitter.com/hddRYupW3u

Almost a year after a U.S. intelligence report on UFOs provided few answers to what military pilots had encountered in more than 140 incidents, top Pentagon officials will face Congress in the first hearing in more than 50 years focused on UFOs. https://t.co/qa3RF6ymYm

I’m thinking that if Space Aliens were actively visiting Earth from across the galaxy, we would not need Congressional Hearings to establish this fact. Just sayin’. pic.twitter.com/6log7RToMV

They’re definitely real. I was lucky enough to have an encounter with a spaceship 🛸 when I was 12. We may never understand their origins unless they want us to… they are working with technology we can’t even wrap our imagination around.

I saw one. Many, many years ago. We didn't have cellphones then, and no one was carrying a camera. Wasn't just me. About a dozen cars pulled over to observe (this was in Oregon). It hovered just above the treetops for a decent length of time.