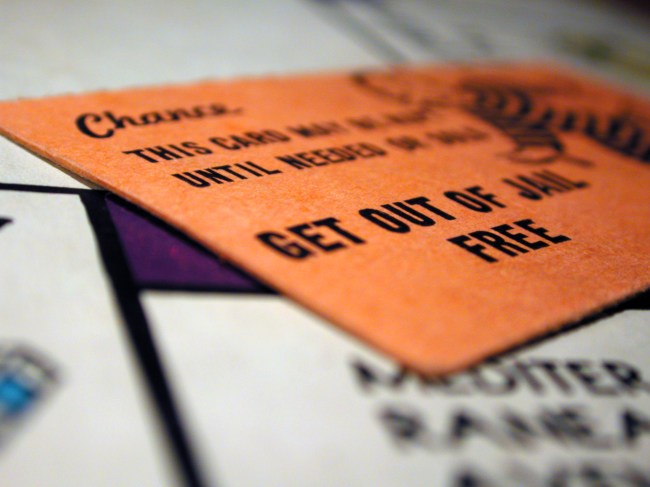 Do you cheat when you play Monopoly? Of course you do, you don’t want to play it straight and potentially suffer the humiliation of losing in the iconic board game to your 79-year-old Aunt Alice or your wise-ass 13-year-old nephew Tyler. So you subtly cheat, but in the end, you’re just cheating at a dopey board game. No harm done. However, one ex-cop took cheating at Monopoly to another level and was able to steal millions. The Hamburglar ain’t got nothing on this dude.

McDonald’s started offering their version of the Monopoly game back in 1987. Whenever you made a purchase at the fast-food giant you had a chance of collecting Monopoly cards. Gather the right pieces and you could win huge prizes such as cars, vacations, and even $1 million. But if we’re being honest here, you usually would only win a small soft drink or small fries. Jerome Jacobson wasn’t about winning a chocolate milkshake or a Big Mac. Jerome Jacobson was all about winning the biggest prizes and he made sure he won the biggest prizes.

Jerome Jacobson was the director of security for Simon Marketing, the company that produced the game pieces for McDonald’s Monopoly game. In a Daily Beast article, it details how Jacobson used his position to steal the winning cards from his work and then distributed them to his relatives or friends in exchange for a piece of the action.

Jacobson AKA “Uncle Jerry” stole the pieces so he could rig the contest. In 1989, Jacobson gave his brother-in-law a winning game Monopoly card worth $25,000 at a family event in Florida. It worked and it fueled Jacobson to steal more winnings. He was able to get his hands on so many pieces that he ran out of friends and family to give to so he started involving strangers in on his incredible heists. Soon he went all Breaking Bad and built a Monopoly piece empire by exchanging the cards to mobsters, psychics, strip club owners, and drug traffickers as long as they split the winnings with him.

Jacobson, who is a former Georgia police officer, allegedly was able to steal more than $24 million between 1989 and 2001… all from McDonald’s Monopoly pieces. No word on if he tried to buy the Cleveland Cavaliers or a $10 million car. However, an anonymous tip in 2000 caused the FBI to begin to investigate Jacobson and he went to jail. In 2001, Jacobson was arrested for mail fraud and conspiracy. The ex-cop was sentenced to three years in jail and ordered to pay back $12.5 million. The now 76-year-old Jacobson is reportedly living a quiet life in Georgia. Read the entire oddly intriguing story on the Daily Beast. Now it all makes a little more sense why there were only garbage prizes when you played the McDonald’s Monopoly game.