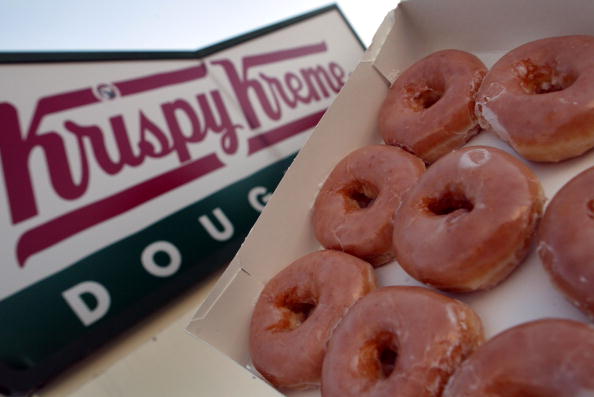 On New Year’s Eve, a Krispy Kreme donut truck caught on fire in Kentucky and members of the Lexington Police Department rushed to the scene. Sadly, they didn’t get to the tragic scene in time. The vehicle and the glorious contents inside burned up and the Krispy Kreme donuts became extra crispy creme donuts. The Lexington Police Department shared their grief on their Twitter account with the caption: “No words.”

Mourning police departments and cops from the University of Kentucky to North Carolina to Toledo to Chicago to Mississippi to the NYPD attempted to console the Lexington Police Department in their most trying time of need.

We feel your loss. We donut know what else to say. 🍩😰🍩

In this line of work, some things can't be unseen. 😱🍩😫😪
My thoughts are with @lexkypolice officers in this time of tragedy. 😆🤣

Hang tight, we are sending backup forthwith, and these guys came prepared. We hope you like sprinkles. pic.twitter.com/S2WIY2ZR38

Undercover #420 operations are in place. Discreet traps have been set up throughout the city today. #Happy420 pic.twitter.com/Jo8mh0Z5lQ

70 property damage collision reports in 4 hrs. #yeg is not a level in Mario Kart. Our roads are not race tracks. There is no winner. And if you slip off the road, a Koopa won’t lift your vehicle and put you back on track within seconds. It’s about safety, patience, and planning.

If you come home to find door smashed in and your Spice, machete + £££ gone, don't worry, you've not been burgled – it was us. Get in touch pic.twitter.com/d9eIAL0KEf

Asking what to do with your frozen meat during a power outage is not a 911 call. Smelling weed coming from your neighbour's home isn't either. Cannabis is no longer illegal on October 17, 2018. Consumption is allowed for anyone 19yrs or older. Do not call police for this ^sm pic.twitter.com/6aYhbStarS

Then there is the Lawrence Police Department from Kansas that has the funny cop on Twitter act down pat.

On a special recon mission… pic.twitter.com/ExVo0gyvj1

Now that we have some time to kill, anyone get ripped off by their drug dealer and wanna report them?

Lawrence has successfully gone 0️⃣1️⃣ days without a fight at bar closing time.

Ok Lawrence. All you have to do is walk out of the bar and get home safely. Don't. Stop. To. Punch. Other. People. We can do this!

Officer Fry is playing real life Mario Kart in a bit, so don't tailgate us pic.twitter.com/0g9MHJrLhl