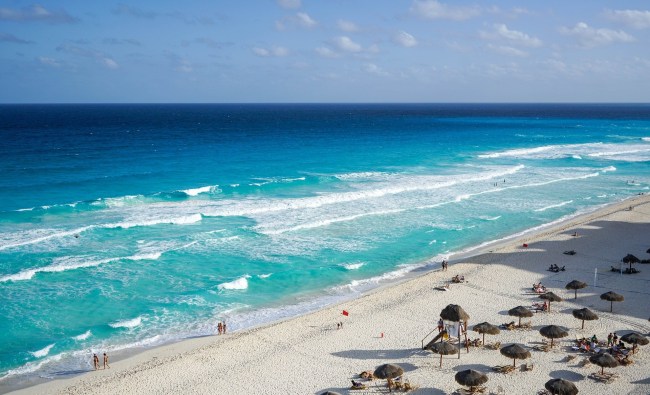 It is pretty wild to take a moment and think about how varied the global restrictions are right now. Some people are still holed up at home under very strict guidelines and others are out living their lives as if nothing ever happened. I have multiple groups of friends who went on vacation for Memorial Day Weekend while the vast majority of people I know are still staying at home and haven’t been to a restaurant yet.

Before we dive into all of the global incentives to travel I just want to stop for a second and have you try to imagine the United States government EVER paying people to go on vacation. We don’t even have guaranteed paid vacation in this country because it’s shot down every time the idea gets proposed. The thought of our government actually helping us go on vacation is so foreign to me I can’t really wrap my mind around this.

Across the globe, countries that rely on tourism dollars throughout the Summer and Fall are desperate to have that money injected into the local economy. Some of them like Italy and Mexico are offering huge stimulus packages to bring in those tourist dollars.

A report from the UK’s Sun notes says Italy has a fund of $55 million (50 million Euros) that will be used to get travelers back to Sicily. That $55 million stimulus fund will be used to pay for half of the traveler’s plane tickets along with 1 out of every 3 nights spent in a hotel. Travelers to Tuscany will also receive free museum and archaeological tickets according to the Post.

Mexico is also offering huge incentives to tourists by footing half the hotel bill for Cancun tourists. If you’ve ever been to the Cancun and Riviera Maya, and I suspect many of you have, then you’re well aware of how much that region needs tourism to survive. It’s a massive peninsula of high-end beach resorts and tourist attractions that have sat mostly dormant for months.

The Post says Japan is considering a campaign to pay for half of traveler’s airfares but the government later clarified this will ONLY be for domestic travelers and not international travelers. Japan has discussed allotting up to $12.5 BILLION to get domestic travelers out and about again.

Back in Europe, Bulgaria is offering free access to the beaches (usually require $$$) as well as free access to lounger chairs, umbrellas, and other amenities. All of this subsidized by the government.

All of this speaks to what we’re seeing worldwide as places are reopening. Business owners and governments are desperate for things to ‘return to normal’ while the majority of the global population is much less willing to go about life as if nothing ever happened.

Personally, I think Iceland is the most attractive travel destination this Summer where they test you upon arrival and have every visitor download their tracing app to keep a close watch on the health of their population. It certainly seems like the safest way to go about an international vacation while still flying somewhere exotic (with 24 hours of sunlight).