These Elected Officials Preached COVID-19 Precautions And Then Did The Exact Opposite, Reminding Us That Politicians Are Full Of Smoke 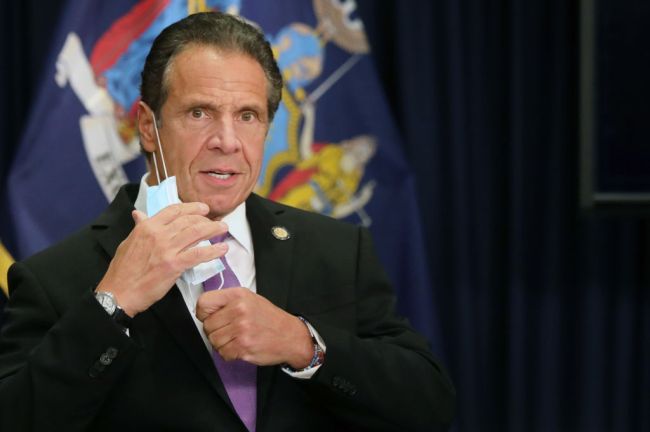 Governors, mayors and elected officials across the country have been announcing restrictions to help stop the spread of COVID-19. Some, however, appear to believe that their rules do not apply to them. These seven politicians have broken their own lockdown rules and been forced to apologize, which is yet another reminder that many of those who are elected to serve us on behalf of our best interests are talking heads hiding big monetary backings and self-serving agendas.

It started in March, when Oklahoma Governor Kevin Stitt tweeted, “eating with my kids and all my fellow Oklahomans… it’s packed tonight!” and then announced a state of emergency in the Sooner State the very next day. But his slightly hippocratic turnaround is the least egregious of the other sanctimony that has occurred. Here’s the latest:

Most recently, Hancock tweeted to his followers about the the importance of avoiding travel, staying home and hosting virtual gatherings over the Thanksgiving holiday.

Pass the potatoes, not COVID.

🏘️Stay home as much as you can, especially if you're sick.
💻Host virtual gatherings instead of in-person dinners.
❌Avoid travel, if you can.
🍲Order your holiday meal from a local eatery.
🎁Shop online with a small business for #BlackFriday. pic.twitter.com/acQpWs2Ism

He wrote the tweet from the airport, as he was en route to a small family celebration in Mississippi.

“I have shared how my family cancelled our plans for our traditional multi-household Thanksgiving celebration,” Hancock said in an explanation. “What I did not share, but should have, is that my wife and my daughter have been in Mississippi, where my daughter recently took a job. As the holiday approached, I decided it would be safer for me to travel to see them than to have two family members travel back to Denver.”

Hancock decided that it would be safer for him to travel south while he was telling others not to do the same. Someone else who wanted to go see his wife and daughter probably should have stayed home, because he is less important, obviously. He did apologize later.

“I made my decision as a husband and father, and for those who are angry and disappointed, I humbly ask you to forgive decisions that are borne of my heart and not my head,” he said.

A spokesperson said that the mayor would be self-isolating for 14 days after he returns. Okay dude.

Hancock was not the only one who planned to contradict what he was saying to his people surrounding Thanksgiving. Earlier this month, California ordered that social gatherings are to be no greater than three households and Santa Clara County (which included San Jose) is among the more strict regulations in the nation.

Liccardo and his press team originally said that he would be at home, but that didn’t stop him from attending a Thanksgiving dinner that broke guidelines! He admitted that he had an outdoor Thanksgiving meal (surely they never went inside one time, not even to use the bathroom *eye roll*) with his wife and four other family members present. Oh, and to make his double standard worse, his ELDERLY PARENTS WERE THERE.

Cuomo wasn’t in direct violation of his own guidelines because he ultimately had his plans cancelled after extreme backlash, but his hypocrisy was still rampant.

He was warning his fellow New Yorkers that family gatherings were dangerous as positive cases continued to spike around the country and encouraged them to keep gatherings to individual households without any travel in or out of the state. Meanwhile, in an interview before the long weekend, he told a local radio station of his plans.

“My mom is going to come up and two of my girls,” he said.

Not only is he completely ignoring the words that came out of his mouth that were directed towards others, but his mother is EIGHTY-NINE YEARS OLD. She is in the at-risk category he has so firmly suggested not to leave their homes, let along TRAVEL TO NEW YORK!!

Celebrations seem to be the biggest contributor to preposterous political pietism and it was no exception for Alder. In early November, he urged residents in Austin to stay home and “not relax” about COVID-19.

It later came out that not only was he not staying home, but he was very much relaxing— on the beach in Mexico.

At the time, he was asking his constituents to avoid gathering in groups larger than 10. And yet, he was in attendance at his daughter’s outdoor wedding at a hotel IN HIS CITY! When the ceremony ended, he traveled to Cabo San Lucas with seven other people. There was no travel ban in place, so he didn’t violate anything from a legal sense, he was only violating his own words. Good stuff.

Continuing with the theme of joyful gatherings, Bowser left the District in November to congratulate President-elect Joe Biden in Delaware. She made a 90-mile trip across the territory line into a state that was one of 42 deemed high-risk.

As such, a resident who traveled to Delaware or one of the other 41 states, he or she should limit daily activities and self-monitor for 14 days unless it was for essential travel. Bowser did not quarantine and said the trip to meet Biden was “essential travel.”

Um, nope. Just call him on Zoom. Or on a phone. Or text him. Write a hand-written letter if you must! Seems like a load of nonsense.

Perhaps the most widely-known violation of protocol came out of the nation’s tightest locked down state. Newson, who issued guidelines that limited private gatherings to three households outdoors, was photographed at an expensive restaurant in Napa Valley.

He met a group of lobbyists at the Michelin-starred French Laundry, where some dishes cost as much as $450, and in the photo, not one — NOT ONE — of the attendees was wearing a mask.

“As soon as I sat down at the larger table I realized it was a little larger group than I had anticipated and I made a bad mistake,” Newsom said in a bogus apology. “Instead of sitting down, I should have stood up and walked back, got in my car and drove back to my house.”

So leave. Don’t stay. Wear a mask. I don’t know, do almost anything other than what you did. At the end of the day, money talks, politics are slimy and private interest comes before public wellbeing.

Also among the more strict parts of the country, Chicago shut down hair salons under the state’s stay-at-home order. Lightfoot, who previously said that “getting your roots done is not essential,” got a haircut in April.

She defended her actions by saying “I’m the public face of this city. I’m on national media and I’m out in the public eye.”

Um, excuse me? You want to get your hair done so you can tell people on camera not to get their hair cut? Hm.