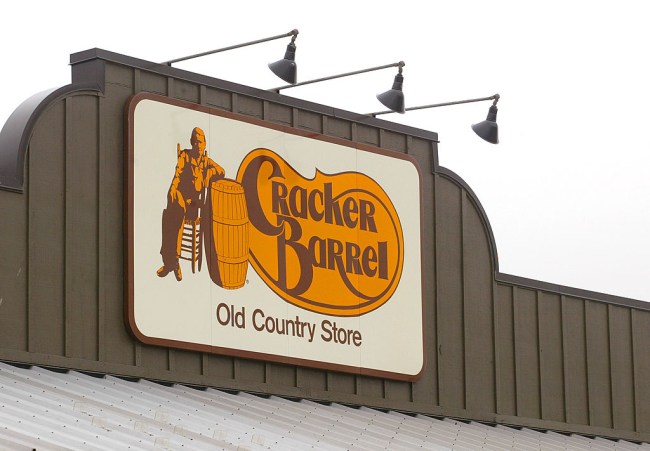 I have no idea why, but I’ve always been strangely drawn to restaurants that pride themselves on kitsch, which I think stretches back to my college days when me and my buddies would hit up the Applebee’s near campus for what we dubbed “HPAs and IPAs,” where we would crush as many of the half-price appetizers and discounted beers offered after 10 PM as we could while downing the jello shots they didn’t advertise on the menu because they technically weren’t allowed to sell them.

I have fond (and hazy) memories of downing mozzarella sticks and spinach and artichoke dip surrounded by the various tchotchkes that adorned the walls that were apparently curated by a blind interior designer based on the noted lack of any unifying theme and black-and-white pictures of cities that weren’t the one I was eating in.

As I’ve previously written about, I’m an unabashed Hooters fan and have an affinity for establishments with days of the week in their name, but none of them—and I mean none of them—have managed to master the art of seemingly random decor choices better than Cracker Barrel.

As a lifelong resident of the Northeast, I’ll admit I’ve only patronized The C.B. (which is what I assume the cool kids call it) a few times, but based on my aforementioned love of all things twee, this excerpt from the chain’s Wikipedia page should tell you exactly how much I enjoyed those experiences:

Items used to decorate each store are authentic artifacts, including everyday objects from the early 1900s and after. Each restaurant features a front porch lined with wooden rocking chairs, a wooden peg solitaire game on every table, and a stone fireplace with a deer head displayed above the mantel.

In fact, each location has five common items: a shotgun, a cookstove, a deer head, a telephone, and a traffic light.

However, I will say I have one major issue with Cracker Barrel (ignoring its slightly problematic history I also discovered while browsing said Wikipedia page): it doesn’t serve booze…at least until now.

With restaurants across America slowly reopening their doors, everyone is looking for ways to make up for the revenue that’s been lost in recent months, and according to Delish, The Barrel (another nickname I assume is used by people in the know) is turning to alcohol in the hope it’ll help boost sales.

As of right now, drinks are only being served at select locations, but patrons at those restaurants are now able to order beer, wine, and—get this—orange and strawberry mimosas, which I can only assume will do a fantastic job attracting both preexisting Cracker Barrel fans and a younger crowd that love their brunch served with a side of irony.

CEO Sandra Cochran admits she expects sales to be “choppy” as the restaurant industry begins to adjust to our new reality but I can’t think of a better way to calm the waters than a reboot like this.