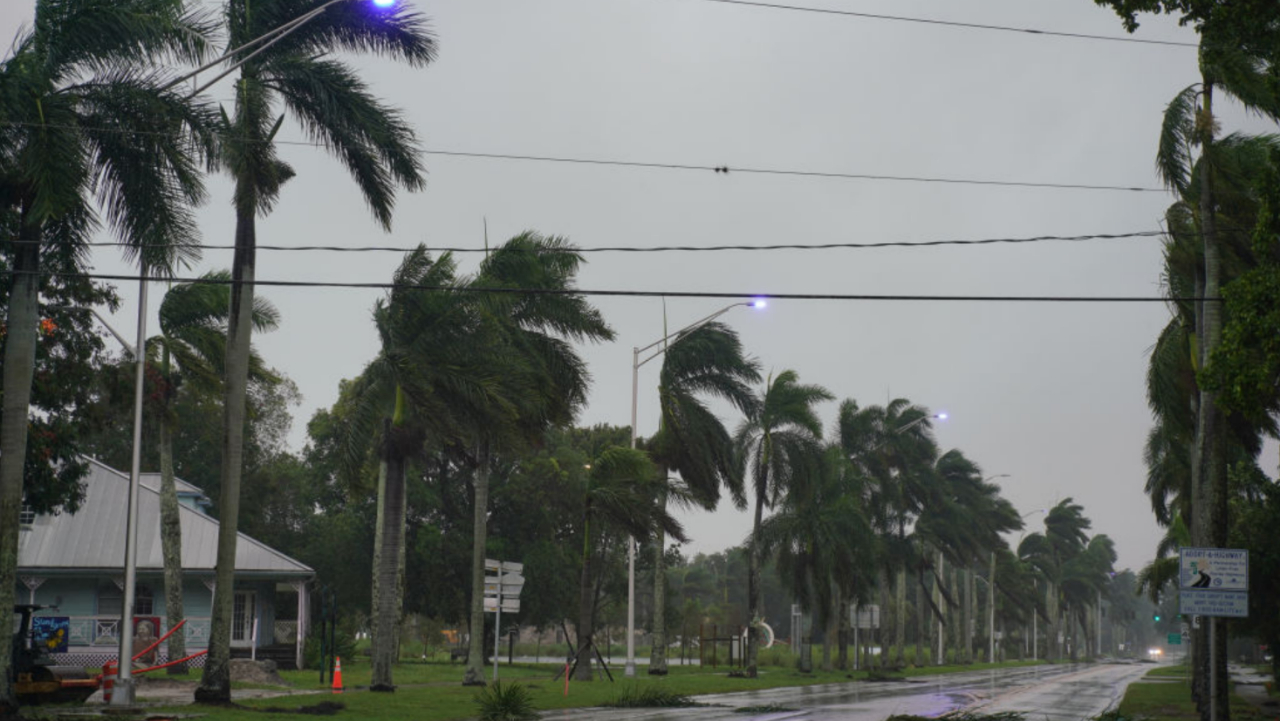 Hurricane Ian made landfall on the west coast of Florida on Wednesday, and some of the footage of the storm is jaw-dropping.

The core of destructive winds with Ian now pushing onshore. An Extreme Wind Warning has been issued for the Cape Coral Area. #Ian is a high end category 4 with max sustained winds at 155 mph. pic.twitter.com/CBOAMbxh5t

Ian brought 155 mph winds and up to 16 feet of storm surge in the coastal area of SW Florida.

Even before Cape Coral saw max sustained storm winds, there was already video of a roof being blown off a house.

As powerful winds from #Ian move through #SWFL, a Lanai was sent flying through the air in Cape Coral this afternoon… peak wind gusts ranging from 100 – 112 MPH across #SWFL… @winknews pic.twitter.com/2dFuEHUFgF

Sanibel Island saw some of the worst of the storm surge.

#BREAKING: Sanibel Island is now in the eyewall of Hurricane #Ian.

I have not heard from a source that decided to stick it out in a bit. Praying they are alright. Phone service could be down.pic.twitter.com/3cvng54E9d

#HurricaneIan what you’re looking at is a live street cam from Sanibel Island. This is only the beginning of the devastating storm surge this hurricane will bring. You can see the water is almost as high as the mailbox. This is at Lindgren Blvd & E Gulf Dr. @CBSMiami pic.twitter.com/jjsm202e8G

Here’s what the storm surge looked like at FT Myers beach.

*RARE* first person view of storm surge. This camera is 6 feet off the ground on Estero Blvd in Fort Myers Beach, FL. Not sure how much longer it keeps working. You’ll see it live only on ⁦@weatherchannel⁩ #Ian pic.twitter.com/WwHtvgVxjY

A power line in Naples exploding during the storm surge.

A house in Naples had its roof completely ripped off.

One of my friends just sent me this from #Naples. #Hurricane pic.twitter.com/XJBgdz2N0O

Florida man decided to jet ski in the middle of the hurricane.

My neighbor in Florida just sent this video of a man out jetskiing. #FloridaMan X #HurricaneIan pic.twitter.com/DYaPAezAQo

A shark made its way to a Fort Myers neighborhood.

@Gutfeldfox somehow a shark ended up in a Fort Myers neighborhood during Hurricane Ian.. 😬 pic.twitter.com/l3WbzgNQHj

A man saved a cat from flooding waters during Hurricane Ian.

DARING RESCUE: A Good Samaritan risked his life to save a cat that was stuck, perched on an air conditioner during #HurricaneIan. @NBC2

Some houses were floating off of their foundations in Fort Myers Beach.

Houses are destroyed and some are floating away as Ian’s eyewall hammers southwest Florida. This is video from Fort Myers Beach, Florida off Estero Blvd by Loni Architects pic.twitter.com/6GqrxLRv9Q

LIGHTNING STRIKES JUST FEET AWAY FROM JIM CANTORE IN MIDDLE OF HURRICANE IAN!!!

HE WAS SHOOK #HurricaneIan pic.twitter.com/uOYk6bwtbj

Cars in Naples were under water after the storm surge.

Numerous cars in Naples will not survive #HurricaneIan. Devastating. pic.twitter.com/Z9gcgyFvJ6

A house gets blown away and lands into another house.

Actual moment a house blew away and hit another house in Boca Grande, as the eye of #HurricaneIan made landfall pic.twitter.com/ADCwTCDXmQ

Weather channel reporters nearly get blown away while covering the storm.

The Weather Channel has to stop sending reporters to report on Hurricanes pic.twitter.com/hiDo887qXV

Weather Channel anchor pleads with Jim Cantore to get off the street pic.twitter.com/D4sJyXQqlT

A yacht broke free and is floating in the streets of FT Myers.

Storm surge in Fort Myers looks like a yacht has broken free and is roaming the streets. #hurricanian #ianhurricane #Ian pic.twitter.com/Wfbn9MFB7p