The First Trailer For Emma Stone’s ‘Cruella’ Prequel Is Here 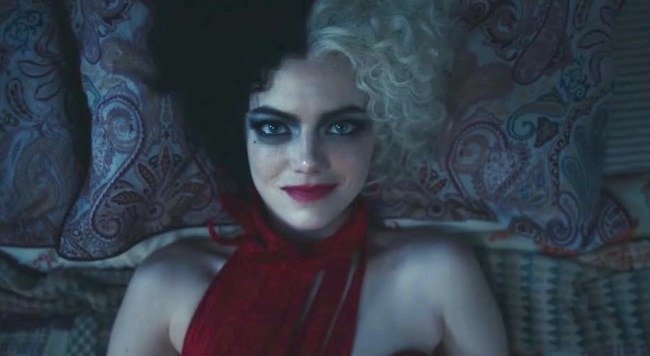 Here’s the official synopsis for Cruella, via Disney:

‘Cruella’, which is set in 1970s London amidst the punk rock revolution, follows a young grifter named Estella, a clever and creative girl determined to make a name for herself with her designs. She befriends a pair of young thieves who appreciate her appetite for mischief, and together they are able to build a life for themselves on the London streets. One day, Estella’s flair for fashion catches the eye of the Baroness von Hellman, a fashion legend who is devastatingly chic and terrifyingly haute, played by two-time Oscar® winner Emma Thompson. But their relationship sets in motion a course of events and revelations that will cause Estella to embrace her wicked side and become the raucous, fashionable and revenge-bent Cruella.

Cruella is just the latest of Disney’s live-action remakes. In recent years, the Mouse House has put modern spins on legendary films such as Maleficent, Cinderella, The Jungle Book, Beauty and the Beast, Christopher Robin, Dumbo, Lady and the Tramp, Mulan, Aladdin, and The Lion King. In the coming years, Disney will also release live-action versions of The Little Mermaid, Snow White and the Seven Dwarfs, Hunchback, Bambi, Hercules, Peter Pan & Wendy, Lilo and Sitch, and more.

Perhaps most interesting of all is the fact that Cruella is currently maintaining its May 28th release date, which is just about three short months from now. That May 28 release date is a full three weeks after Marvel Studios’ Scarlett Johansson-starring Black Widow is scheduled to drop, so perhaps this marketing strategy for Cruella can provide some insight on when we can expect Black Widow to release.

At this time, Cruella — which stars Emma Stone, Emma Thompson, Joel Fry, Paul Walter Hauser, Emily Beecham, and Mark Strong in supporting role — is currently scheduled to be released on May 28.