Why You Should Never Use Metal Knives To Cut Avocados 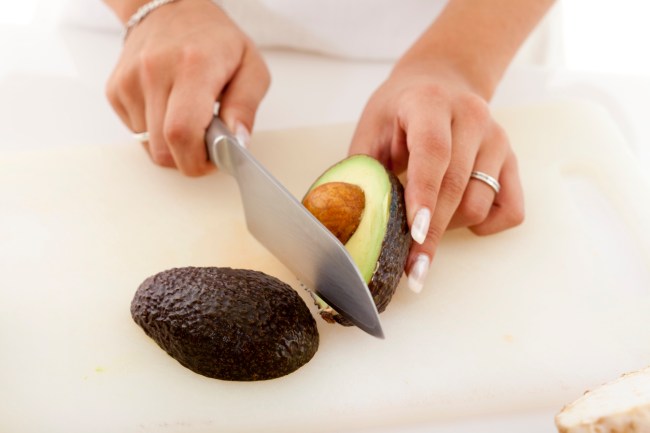 You may be wondering about the best way to cut an avocado. First off, you’re going to want to ditch your metal knife. There is actually a scientific reason as to why you should never cut avocados with metal knives.

The first thing you do before cutting an avocado is to have the correct cutting utensil. Science advocates not cutting avocados with a metal knife. The reason has nothing to do with the gory avocado hand injury either.

The worst part about avocados is that they become brown and gunky if they are eaten in a relatively short period of time. Metal knives accelerate the browning of avocados – which shortens the shelf life of the fruit. Browning can also change the flavor and texture of avocados.

“Browning is a natural reaction that is going to occur and is impossible to stop,” Nick Stellino – celebrity chef and TV personality – told Reader’s Digest. “However, metal knives, specifically those containing the elements of copper and iron, will start the browning process a little sooner than those made from plastic or ceramic.”

Metal knives also cause browning in other foods such as apples and eggplants.

The website Food-Info explains, “When fruits or vegetables are peeled, bruised or cut, enzymes contained in the plant tissue are released. In the presence of oxygen from the air, the enzyme polyphenol oxidase (PPO, phenolase) catalyzes one step in the biochemical conversion of plant phenolic compounds (such as the colors in apple peel) to brown pigments known as melanins. As the reaction is catalyzed by the PPO enzyme, this reaction is known as enzymatic browning.”

Ceramic and plastic knives can cut down on the browning of avocados.

Another way to delay the oxygen-induced chemical reactions that cause browning is to squeeze lemon or lime juice on the avocado.

“The acidity of the juice will hinder the activity of polyphenol oxidase, which pumps the brakes on browning,” according to Martha Stewart’s website.

You could also put avocados in plastic wrap and refrigerate them as soon as they are cut.

Another option is to place cut up onion pieces at the bottom of an airtight container with the avocado on top of it.

You could also brush the avocado with olive oil.