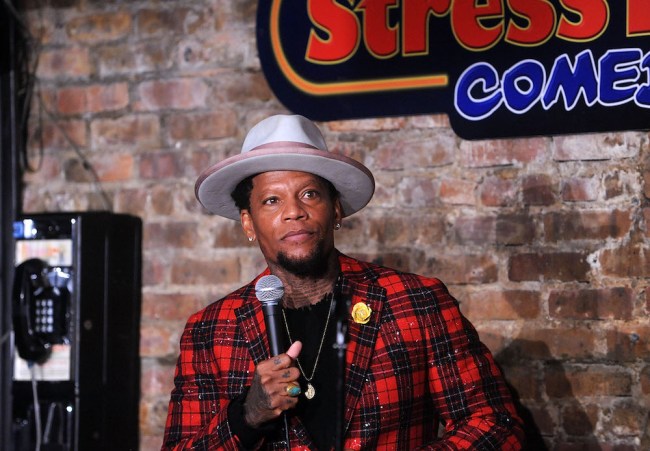 In a scary moment captured by a fan, comedian D.L. Hughley passed out last night during a performance in Nashville, Tennessee.

The popular talk show host was reportedly in Nashville, taking part in a Juneteenth celebration at a comedy club Zanies.

In the short clip, Hughley is sitting on a stool on stage. He beings to mumble and slur his words, causing the audience to become slightly confused.

An audience member can be heard saying, “What?” as they question what Hughley was talking about.

The comedian suddenly stops speaking for a brief moment, and a member of his team to the side of the stage notices something is wrong. He catches Hughley as he faints, placing him on the ground.

Hughley’s head hits the ground pretty hard, even from such a short distance, and personal rushes the stage.

DL Hughley passed out during his stand-up show at Zanies Nashville tonight. Prayers up for him! pic.twitter.com/qoE1CzbqHf

No word yet on exactly what happened but Hughley is said to be ok, according to DJ Vlad of VladTV.

DL Hughley is ok. I just spoke to him.

Hughley was in the news a day earlier, saying that it was “far overdue” for the Washington Redskins to change their name and suggesting Black players on the team refused to play so that the name change might actually happen.