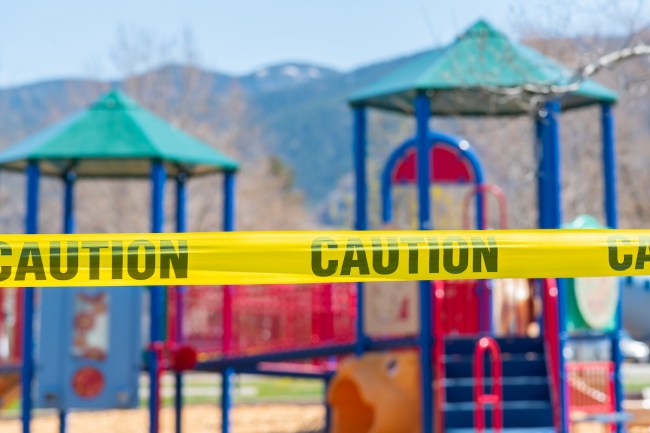 A Washington father was arrested for allegedly stealing a 400-pound slide from a local playground and mounting the slide to a bunk bed in his mobile home.

The word allegedly is in italics because Dustin Bushnell, 30, was busted and there are pictures of the slide in his home. But we’re all innocent until proven guilty, right?

The massive slide was reported missing from a city park back in December, right around Christmas. Detectives stumbled upon the slide after searching Bushnell’s trailer home for a completely unrelated crime.

The slide, which had been sawed off at the top and repainted from green to blue, was mounted on the side of the bunk bed, authorities said.

While I don’t condone stealing playground equipment from a public park, as a father, I kinda understand this dad is coming from. It’s Christmas time and he can’t afford big gifts and there’s a ton of pressure on “Santa” to deliver on Christmas Day. And the town will probably just buy another slide, right?!?

According to the police department, no one has been charged with stealing the catalytic converters, yet, but Bushnell did get booked for possession of stolen property.