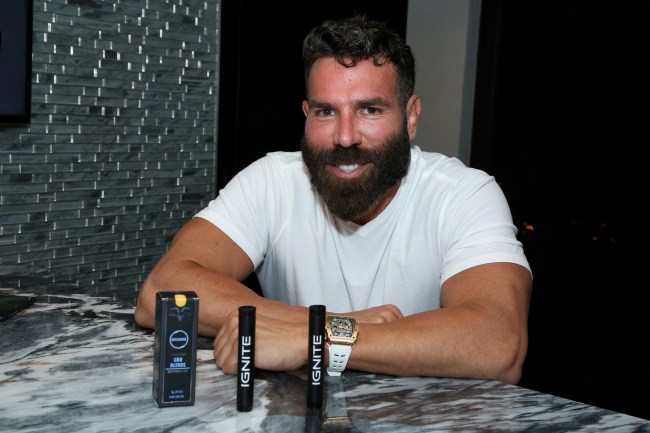 Dan Bilzerian is attempting to switch from the “King of Instagram” to the “King of Weed.” The infamous gun-loving playboy who is usually seen draped in gorgeous models will try to make it as a weedtrepreneur. Bilzerian officially launched his new Ignite Cannabis Co. the only way he knows how — with a kickass party at his lavish $100 million mansion in Bel-Air with tons of beautiful women and celebs. 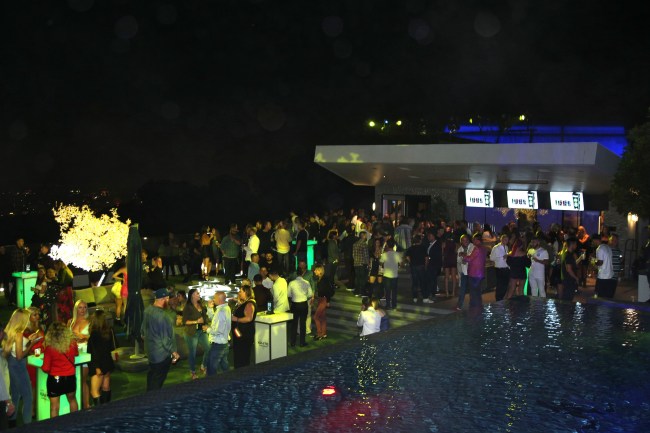 The Ignite Cannabis Co. California Launch Party featured over 1,000 guests including celebrities such as Matt Barnes, The Chainsmokers, Little Dicky, Logan Paul, Chris Brown, Riff Raff, DJ Vice, Joey Swoll, Marshmello, Tyga, and Shawn Stewart. One of the security guards at the launch party happily toted around an AR-15 to ensure the safety of everyone.

Ignite is said to be the “first-ever high-end global cannabis brand.” The company offers 40 THC and CBD products including flower, prerolls, live resin, vape cartridges, and vape pens that are currently available at over 100 dispensaries across California as well as online nationally (CBD sales only).

Bilzerian initially founded Ignite in 2017 and added a $1,000,000 spokesmodel search last month to drum up interest in the brand in a very Dan Bilzerian way. The King of Instagram was first rolled out in California, but they plan to expand into Nevada next and then Canada after that.

“I’ve never half-assed anything I cared about,” Bilzerian said of his exciting new venture. “Everything I do is based on executing at the highest level and Ignite is going to top everything I’ve done before. I’ll spare no expense, cut no corners, and do whatever needs to be done in order to build Ignite into a world- renowned cannabis brand.”

Dan gave an interview to High Times and they asked him if he remembers the first time he smoked marijuana. “Yeah, I do. Out of a tin can on a golf course. I was like 13,” Bilzerian said. “That was pretty fun. It was not good weed but it was good enough. It was back in the day when it was like regs and crip or hydro or whatever. So we had these shitty regs, and poked holes in a can. We’ve come a long ways.”

When asked what his favorite marijuana is he responded, “If I’m working out, I really like Tangie sauce. I know sauce is usually pretty hardcore, but for me, if it’s a sativa and I get into the gym I can get that good mind-muscle connection and it helps me out. If I’m watching a movie, I’ll definitely go more towards indicas or hybrids.”

You can read the entire interesting interview over at High Times.

Hanging out last night with @DanBilzerian at his #IgniteLaunch of his new cannabis brand Ignite. HIs party was pretty crazy, armed guards with assault rifles and many, many Instagram babe hopefuls looking to be his brand spokesgirls. pic.twitter.com/ZAxYrvoyM2