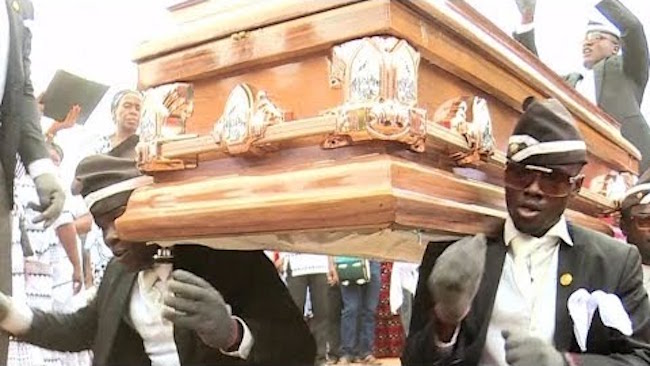 I’ve been writing things on the internet in an attempt to provide at least some amount of entertainment to the masses for over a decade and have in turn become Very Online thanks to my tendency to get way too deep into various online rabbit holes.

As a result, I’m intimately familiar with the discography of legendary public access performer Mark Gormley and have a tendency to reference decidedly non-viral videos and figures who got approximately .15 seconds of fame.

Thankfully, the internet has allowed me to take solace in knowing I’m not alone and there are plenty of people out there who have a similarly encyclopedic knowledge of largely forgotten and fairly obscure sources of amusement—many of who are capable of mining deep into the internet to produce some absolute gold.

There have been countless memes over the years that have made me simultaneously wonder “How the fuck did someone come up with this?” and “Why is this so funny?” For example, I still don’t understand the thought process that led to someone creating a unicycling frog named Dat Boi that took the internet by storm but I’m glad there was a person with a mind weird enough to birth him.

As I get older, it’s gotten tougher to keep up with what memes are hot in the streets as the Cool Youths of the world have become the primary content creators, but every once in a while, a particularly amazing trend makes it onto my timeline, which is exactly what happened over the weekend.

On Saturday, fairly noted maker of internet jokes Dan Nolan brought a video to my attention featuring someone on a motorcycle who launched themselves into orbit after veering off a road before it abruptly cut to a clip of a group of dancing pallbearers from Ghana (all set to “Astronomia, and EDM song by Tony Igy).

Just alerted to an INCREDIBLE new meme format that rivals we got him pic.twitter.com/yLz2onyggn

After a bit of research, I was informed I was well behind the curve, as the meme in question began to build steam on TikTok at the end of February. However, I’m going to assume most people reading this aren’t Hip Teens, so I’d like to present some more examples for your enjoyment at a time when we all desperately need some.

Those really hit the spot.