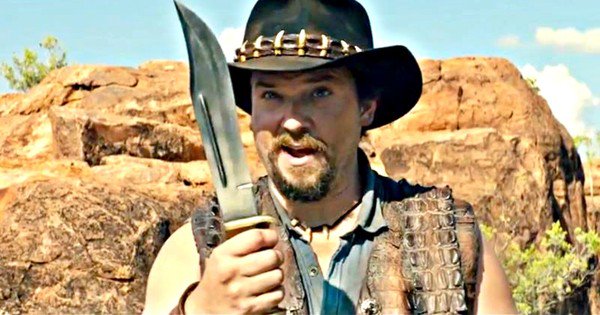 In the year 2018, did you think we needed a sequel to the 1986 movie Crocodile Dundee? It doesn’t matter what anyone thinks because we are apparently getting a sequel to the 1986 movie Crocodile Dundee. The teaser trailer for Dundee: The Son of a Legend Returns Home has arrived and it is interesting. The best part is that it will star the one and only Danny McBride as the son of Mick Dundee, the macho bushman from the Australian Outback. But unfortunately or fortunately, we do not have to endure an entire movie of Danny attempting to do an Aussie accent because he is Brian Dundee, the American son of the iconic Crocodile Dundee.

“Crocodile Dundee is back,” the official synopsis states. “Well, actually, he’s missing in the Outback. And the only person who might be able to find him is the loudmouthed American son no-one knew he had. Introducing Danny McBride as Brian Dundee. This son of a legend is forced to channel his Aussie roots as he embarks on the ultimate adventure in the land down under. It’s time to live up to the family name.” If Outback Steakhouse doesn’t team up with Dundee for an advertising promotion then both marketing departments have failed on a major level.

This will take the opposite fish-out-of-water approach that the original Crocodile Dundee used. While Paul Hogan’s character struggled to understand the culture and idiosyncrasies of the United States, the new Dundee movie will force McBride’s character to try to adapt to the Australian way of life. McBride told PEOPLE magazine how to be the iconic movie character, “I’m not going to lie to you, to be a real Crocodile Dundee, I think 95% of it is the vest and then 5% is just being able to not fall down and stay on your feet.”

Paul Hogan, who is now 78-years-old, will reprise his role as the rough-and-tumble Aussie. Hogan told PEOPLE magazine that the original film “was a defining moment in my life and one of my proudest accomplishments. Throughout the past few years, I’ve been thinking about how to bring Dundee to a new generation. I’m excited to introduce the new Crocodile Dundee to the world.” Also returning are big knives, because what would Crocodile Dundee be without a big knife? If Dundee: The Son of a Legend Returns Home is an actual real movie, it hits theaters this summer.