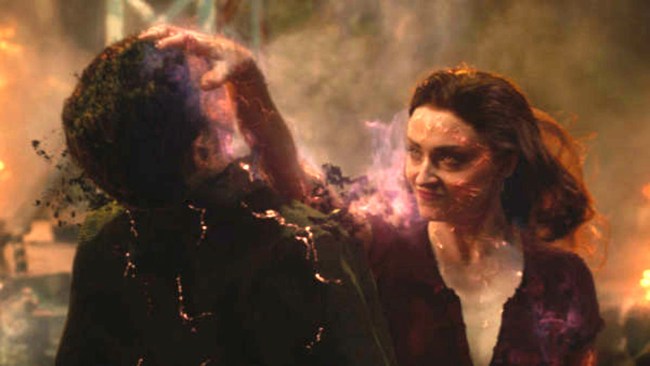 In case you haven’t heard yet, the latest (and likely last) entry into Fox’s X-Men universe, Dark Phoenix, has been nothing short of a disaster.

Not only does Dark Phoenix currently sit at an abysmal 23% on Rotten Tomatoes, but it also had the worst ever opening weekend for an X-Men movie, earning just $33 million dollars in the United States of America (for comparison, the similarly subpar Godzilla: King of the Monsters made over $47 million during its opening weekend).

But the issues with Dark Phoenix don’t stop there, as recent reports indicate that the film was forced to undergo massive reshoots due to its striking similarities with a previously existing Marvel Cinematic Universe film, Captain Marvel.

According to /Film, in a recent podcast interview with ReelBlend, Cyclops actor Tye Sheridan revealed that Dark Phoenix was forced to undergo last-minute reshoots due to its similarities with Captain Marvel, which was released in early March.

Sheridan says that not only did the film’s climactic battle take place in the reaches of space, but, similar to Captain Marvel, it also was against the shape-shifting Skrulls that made their MCU debut in the Brie Larson flick.

Sound ridiculous? You bet your ass it does!

However, unfortunately for Fox, reshoots were unable to save Dark Phoenix, as it will likely go down as the worst X-Men movie of all-time (this side of X-Men: The Last Stand).

Luckily, now that Marvel Studios has got their hands on the iconic mutant franchise, Wolverine, Cyclops, Professor X, Magneto and the rest of the gang will be getting an MCU makeover sooner rather than later.