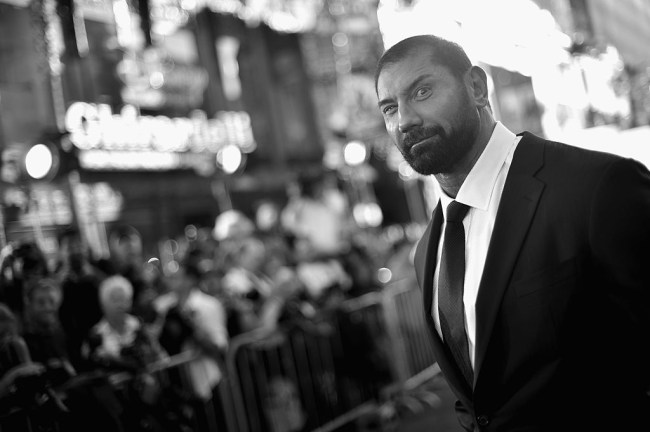 One of the things you cannot take away from TDKR, though, is the performance of Tom Hardy as Bane, who — despite some, uh, questionable choices with his voice (which seemed to be a theme in the Nolan trilogy) — absolutely stole the show as the brutish mercenary who broke the Batman’s back.

Of course, Hardy is a great actor, but Bane is also a character that’s sort of easy to nail considering that his comic origins not only portray him as physically dominant but also highly intelligent. The more Bane is involved, the better Batman will be, thus making casting Dave Bautista as the next Bane sort of a no-brainer, right? Wrong!

According to the man himself, while he ‘tried his best’ to land the role, it will ‘unfortunately’ not be happening (yet).

Bautista’s response immediately raises one very important question: did he not get the role because there is no Bane role to get, or because Warner Bros. is looking for their new Bane and decided to go in a different direction? If they decided to go the latter route, I have a tough time thinking of any actor in Hollywood more physically suited from the role. Then again, Hardy wasn’t necessarily an obvious choice and that worked out just fine.