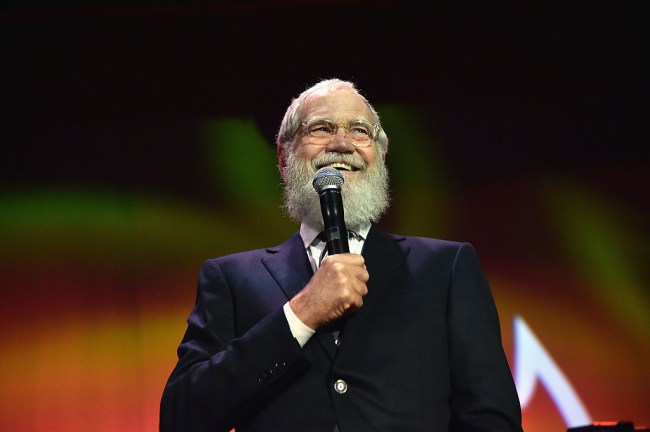 Quentin Tarantino versus David Letterman would certainly not rank as the most-exciting celebrity fight of all-time, but apparently the brouhaha between the two entertainers nearly went down.

In a recent episode of Desus & Mero, David Letterman was asked if he ever got into any “famous beefs” with any celebrities during his career as the host of The Late Show.

“I got into a great fight with Quentin Tarantino,” Letterman said. “This was really good.”

“There was one guest on the show, and her girlfriend was someone [Tarantino] was dating. A famous star,” Letterman remembered of the interview. “And I was saying, ‘No, you’re not dating Quentin Tarantino.’ And she said, ‘Yes, yes I am.’ And I said, ‘Oh, please tell me this isn’t true.’”

Two days after the interview, Quentin Tarantino called Letterman’s assistant and demanded to speak to the late-night talk show host. Then the Once Upon a Time in Hollywood director unloaded on Letterman.

“He starts screaming at me, ‘I’m gonna beat you to death, I’m gonna kill you, I’m coming to New York, and I’m gonna beat the crap out of you. How can you say that about me?’” the 72-year-old Letterman claimed.

“And I said, ‘Quentin, hang on a second.’” Then Letterman got his producer to pick up on the phone line so that he could have a witness to Tarantino threatening him. Letterman said Tarantino was “full-blown clinically goofy” during the conversation.

“There’s no cooling off,” Letterman said. “It just keeps blowing up.”

Letterman asked the Pulp Fiction director if he would beat him with a “bat or a fist.” Tarantino said he would use a baseball bat to hit the late-night talk show host as if he was a Nazi hunter from his movie Inglourious Basterds.

The alleged verbal spat elevated to the point that they were selecting dates and even flights so they could meet to brawl. The fight between Letterman and Tarantino never met up to fight. Letterman said the two spoke years later, and Quentin apologized for threatening to beat him to a pulp with a baseball bat.

Tarantino eventually went on The Late Show with Dave Letterman to promote Inglourious Basterds, and Dave said he was “happy” Quentin was on the show, but “would rather have had Brad Pitt.”

I think Tarantino wins in a fight against Letterman based solely on the fact that he has studied so many cinematic fighting styles for decades. But current-day Letterman gets an advantage that his beard would help deaden Tarantino’s punches as his face.