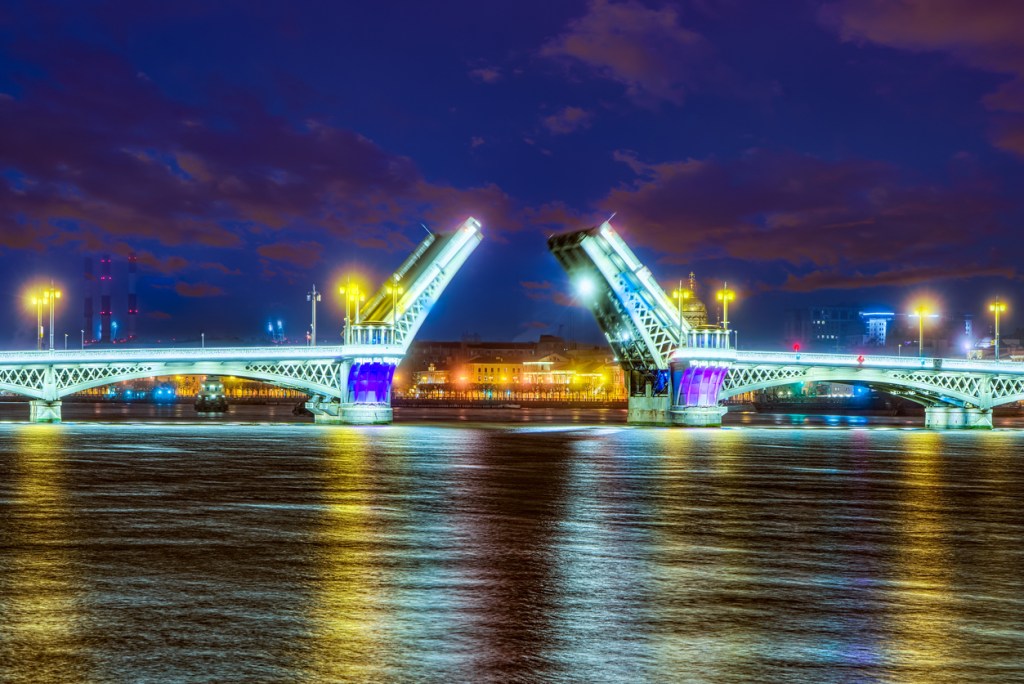 A security camera captured surreal footage of a Daytona Beach motorcycle rider going full send. The biker was filmed plowing through the security gates on the Main Street Drawbridge in Daytona Beach as the bridge was opening. Then he bailed at the last possible second as the motorcycle went sliding over the opening drawbridge.

Pretty much everyone who has ever been in a car has been stuck at a drawbridge before. I was going to say ‘everyone who lives near the coasts’ but there are plenty of drawbridges on rivers across the USA. And even if you don’t live near the East or West Coast then you’ve likely gotten stuck at the bridge on vacation or when traveling.

And pretty much everyone who has ever been stuck at a drawbridge has fantasized about jumping the bridge in a car, motorcycle, or on foot (while running) after we all saw that weird Nike commercial years back. It’s a universal daydream. Everyone wants to jump a drawbridge. But very few people are foolish enough to attempt it.

This Daytona Beach, Florida motorcycle rider was so close to going for it. You’ll see what I mean…

#DaytonaBeach police say the motorcyclist drove through a lowered barrier before ditching their motorcycle. The driver was ticketed for careless driving. #news #yahoonews #Florida

According to Click Orlando, the incident occurred around 10 am on Saturday at the Main Street Bridge in Daytona Beach, Florida. The annual Daytona Beach Bike Week from March 4 to March 13 so the timing would’ve overlapped with this Daytona Beach motorcycle rider going full send.

What Led That Biker To Plow Through The Gates?

I grew up on an island (Siesta Key) and have been stuck waiting on drawbridges more times than I could count. When I saw this footage, the first thing I thought about is how the gates that come down to block drivers have VERY prominent lights.

Even if you’re distracted and looking at the water the lights on the gates are bright enough to catch your attention on the sunniest of days.

As you can imagine, the police arrived shortly after the incident took place. The Daytona Beach motorcycle rider told cops he wasn’t trying to jump the bridge but instead ‘didn’t see the warning lights because he was trying to clear rain off his helmet shield.’

That’s what he told police so I’ll choose to believe him but if that was me and I’d just been gobsmacked by a traffic arm I probably would’ve bailed immediately. There was definitely a momentary lapse between hitting the traffic arm on the drawbridge and bailing.

It’s actually a miracle this Daytona Beach motorcycle rider didn’t go over the edge. As far as I can tell, emergency responders were able to recover the motorbike as it was left dangling over the edge. The bridge was closed for three hours, and you can see that aftermath here:

After the incident, the motorcyclist was taken to a hospital where he was treated for injuries sustained from smacking into the traffic arm. Hospital visits aren’t cheap but that bill probably pales in comparison to the estimated $20,000 in damage.