‘Deadpool 3’ Is Happening At Marvel Studios, Expected To Be R-Rated 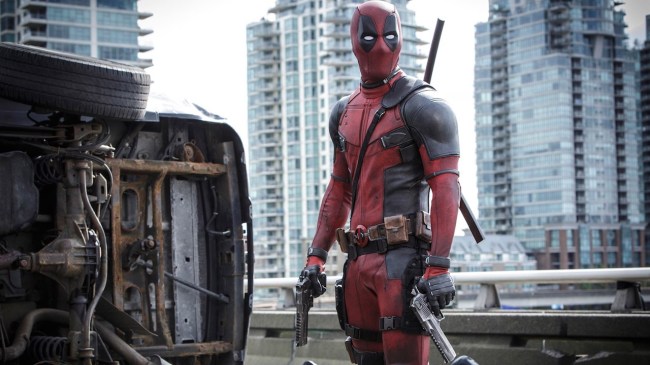 This is not a drill. Deadpool 3 is happening at Marvel Studios, and it is expected to be rated R. According to Deadline, Marvel has hired Wendy Molyneux and Lizzie Molyneux-Loeglin, the writers of Bob’s Burgers, to pen the script.

As Disney continues to figure out what to do with Fox properties they acquired in the merger, one of the biggest IPs, Deadpool, looks to be gaining momentum. Sources tell Deadline that Wendy Molyneux and Lizzie Molyneux-Loeglin to write Deadpool 3 with Reynolds set to reprise his role as wise-cracking superhero. Sources say the film is still expected to be rated R like the previous two installments. [via Deadline]

At this time, the film is set to have a new director, as David Leitch, who helmed Deadpool 2, has a schedule that’s packed until 2021.

If reports and true and the film in R-Rated, Disney would be opening yet another door for the Marvel Cinematic Universe, as it will allow them to tell different stories for different audiences. For example, I’d argue it’s easier to fashion Deadpool into a PG-13 character than Blade, so this move from Marvel Studios suggests the Marhershala Ali-starring film could also be made for a more mature, R-rated crowd.

As for how Deadpool will pop up, my best guess is that it happens with whatever’s going on in Spider-Man 3, which is set to introduce Jamie Foxx’s Electro from the Amazing Spider-Man franchise from the early 2010s. With Doctor Strange and his multiversal madness also set to star in the film, Spider-Man 3 — which was already shaping up to be one of the biggest MCU films of all-time due to rumored appearances from OTHER Spider-men — seems like the perfect opportunity for a Deadpool post-credit scene.

We dove into the Deadpool news in full on the Post-Credit Podcast, so make sure to check that out if you want to hear how, why, and when the Merc with a Mouth will be worked into the Marvel Cinematic Universe.