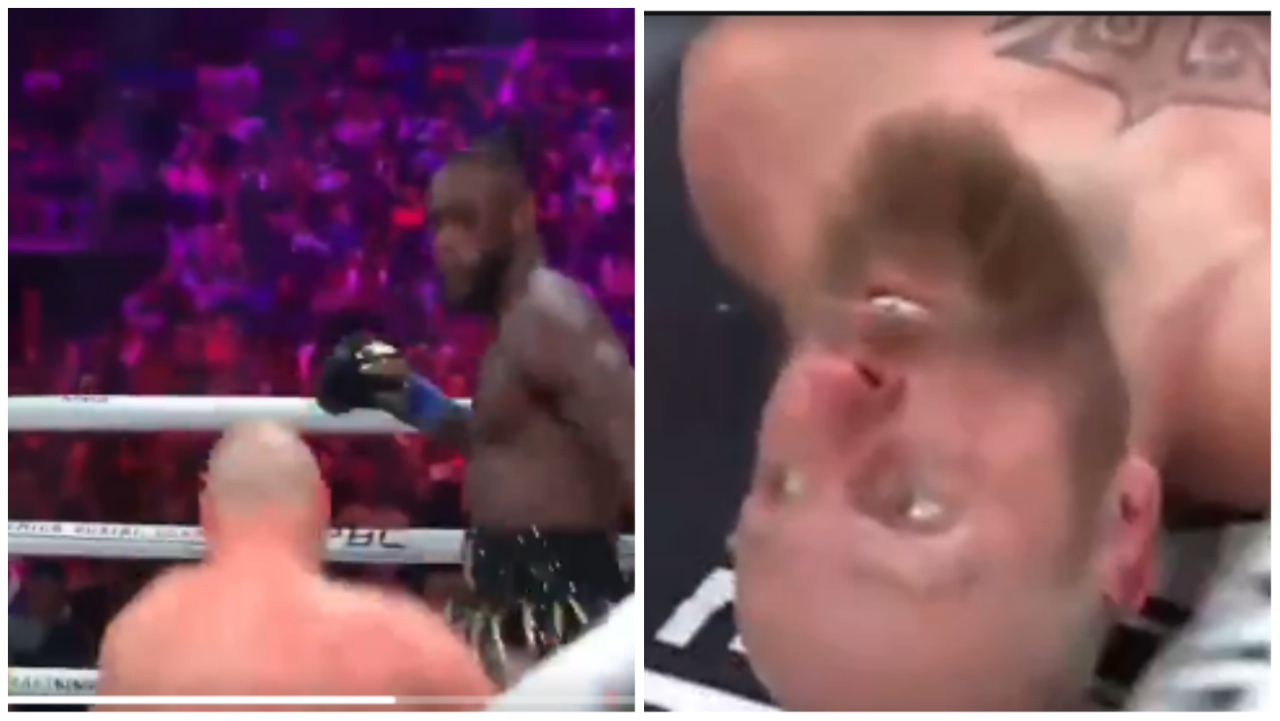 Deontay Wilder is back.

A year after losing to Tyson Fury, Wilder returned to the ring and brutally knocked out Robert Helenius in the first round of their fight.

DEONTAY WILDER KO IN THE FIRST ROUND!!! 😱😱😱 pic.twitter.com/XEWjlUhHOp

Here’s a ringside look of the KO.

WHAT A KNOCKOUT BY WILDER pic.twitter.com/NRE6BhZNmJ

And another look at the KO.

Deontay Wilder hits so hard that like half a punch sends you to the Kingdom of Dream. pic.twitter.com/YFTLgJoCRz

Wilder only landed three punches in the fight.

The 3rd did this to his opponent. pic.twitter.com/Ip9eJw8E5T

Here’s how fans reacted to the Wilder KO.

This type of punch shouldn’t put someone out like that https://t.co/qEeiNWK5Fd

Wilder hit him so hard that he was laying on the canvas like the undertaker was pinning him. https://t.co/DUI5LVrUCk