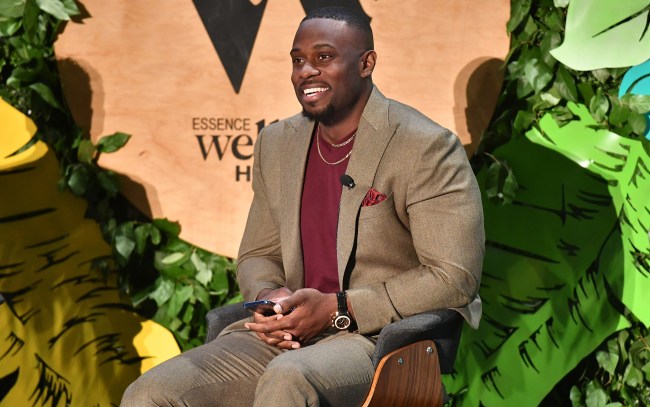 Popular Youtube relationship guru Derrick Jaxn, who currently has over 750k subscribers and regularly gives out advice on cheating, got exposed for being a cheater.

Last Friday, a woman named Candice De Medeiros made an appearance on Tasha K’s Youtube show “UnWineWithTasha” and made explosive allegations about how the self-proclaimed relationship expert was hooking up with her while still married to his wife. According to De Medeiros, Jaxn told her that he had been separated from his wife while he flew her out to exotic locations and even brought her back to his home.

The candid interview dished all the sordid details of Candice’s trysts with Jaxn, including a rendezvous in Miami– where he balled out on the unsuspecting woman. And the two doing the horizontal mambo in the bed, the audacious adulterer, shared with his wife of four years in Atlanta.

While Jaxn was playing house with the Floridian, his wife and children were in Colorado with her parents, Candice disclosed on the video. The woman maintained that the chocolate pimp told her he was separated, and she believed him because she saw moving boxes inside his house.

After Jaxn ghosted and blocked Candice on social media, he posted a photo of him and his wife. For years, the man used “privacy” as an excuse not to publicly share his spouse’s images.

The dialogue ended with an inappropriate video of Jaxn asking the sidechick what color underwear she was wearing– and he wanted all the tea about type and brand.

Jax went on to post a video apology with his wife at his side where he admitted to cheating on her with various other women.

Derrick Jaxn released a YouTube video with his wife Da’Naia Jackson and addressed cheating allegations. He confirmed that he was unfaithful during his marriage. He says that he deserves to be held accountable for his actions. See more on our IG. pic.twitter.com/fMoz5DdpLu

The truth is and I’m saying it here now is that Derrick Jaxn was involved with other women outside the marriage, and by involved I want to be clear…I’m talking about as serious as sex to sexual flirtation to meeting up and other things…without my wife’s knowledge of it.

The Internet was not buying Jaxn’s apology and blasted him for doling out relationship advice while being a serial cheater.

Derrick Jaxn on his way to go cheat… pic.twitter.com/9CXBLx6Vmd

Derrick Jaxn has a whole wife of 4 years, but majority of people didn't know. Whole time he dishing out relationship advise to millions of women around the world.