Leo DiCaprio Parties On $150M Yacht With Models In Beaded Dresses: ‘You Could See Everything’ 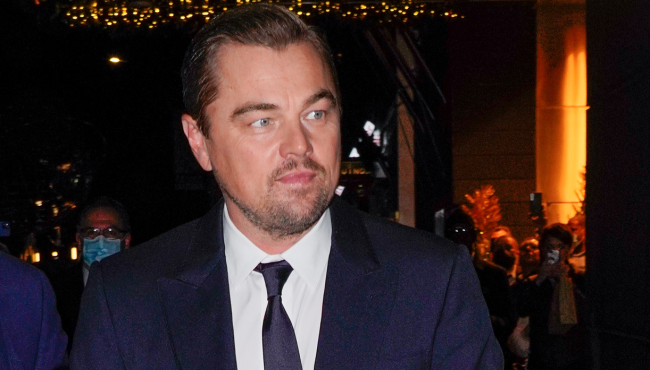 Leo DiCaprio is at Art Basel Miami. So you know what that means.

It means that despite being seen out on several dates with model Gigi Hadid (despite her being 27 years-old) recently, he’s down there living the kind of life that only he can live.

Case in point: Page Six reports that DiCaprio was seen partying on a Swedish billionaire’s yacht earlier this week.

It was biotech billionaire Ernesto Bertarelli’s $150 million superyacht, Vava II, to be exact.

Leo was said to have been at the party, hanging out with his usual crowd: Tobey Maguire, Helly Nahmad, Richie Akiva, and “like a hundred models.”

One source told us, “There were like a hundred models. I have literally never seen more models in my life, no one was ‘normal’ looking. It was models, models, models.”

Another source tells us, “There was a group of girls that were wearing beaded dresses with nothing underneath at all, no underwear. You could see everything.”

A source tells us DiCaprio was heard chatting with Bertarelli — whose estimated worth is $8.5 billion, and whose family foundation focuses on marine conservation — about “saving the oceans.”

“Saving the oceans…” That’s got to be code for something, right?

It’s a little funny that such an environmental activist like Leonardo DiCaprio would be partying on a superyacht, which as Page Six points out, “emits about 7,020 tons of CO2 a year, according to our calculations, making it by far the worst asset to own from an environmental standpoint,” according to a 2021 Fast Company report.

He also partied on the same yacht back in July in St. Tropez.

I guess it’s okay since he went to a party earlier in the night that raised $1 million for Sean Penn’s charity.

The party on Bertarelli’s superyacht was the second time Leo was seen hanging around a flock of models this week in Miami.