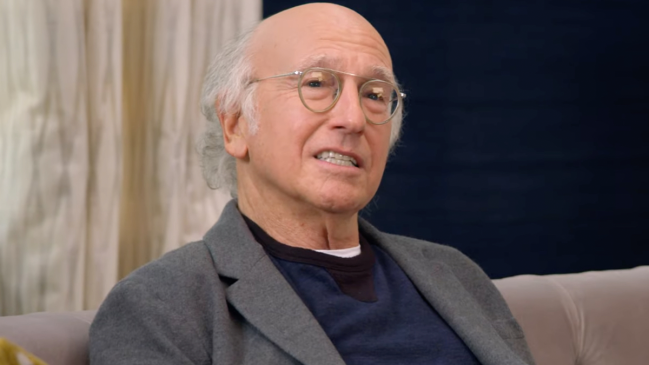 Most Seinfeld fans are likely aware of the instrumental role Larry David played in overseeing one of the most popular and influential sitcoms in the history of television; Jason Alexander (who portrayed George Costanza) once said “some element of every story we did” was derived from some interaction or situation the famously ornery comedian encountered in real-life—including a memorable moment from one of the show’s earlier episodes.

The installment in question is season two’s “The Revenge,” which features a scene where George regrets his decision to quit his job after going out with a bang on a Friday before attempting to return to his office as if nothing happened the following Monday in the hopes of simply picking up where he left off—which unsurprisingly does not go as he’d hoped.

If you’re familiar with the show, you likely know that very bold move (which many people have dubbed “pulling a Costanza”) was based on what unfolded when David was working as a writer and performer for Saturday Night Live in the mid-1980s.

After repeatedly failing to get his sketches on air—snubs he largely blamed on then-SNL executive producer Dick Ebersol— he quit and stormed off the set just minutes before an episode was slated to air before realizing he’d made a huge mistake and ultimately (and successfully) pulled a Costanza the following week.

Now, we have some new insight into what went down courtesy of the man who drove David to madness.

On Tuesday, Ebersol chatted with Set Meyers about the incident and recounted what unfolded from his point of view (the segment in question kicks off around the 1:20 mark in the following video).

“There’s no question that Larry over the past 40 years is one of the top TV comedy writers of his time, but he’d hit a time of not being on top of his game.

So, at the end of one show—and I did not witness it, I’m sure there are plenty of people who think that’s B.S., but I didn’t—he apparently really let me have it as they were leaving the floor.

On Monday or Tuesday when they had the writers’ meeting, there was a lot of tittering and I turned to our wonderful British associate producer and I said, ‘What’s going on?” and she said, ‘Well, he got pretty angry with you at the end of the show the other night. ‘I said, ‘What?’ and she said, ‘Well, he really let you have it. He accused you of all kinds of things for not putting his pieces on the air.’

I realized he needed to find some way out of this even though he had yet to come to my office and try to have a conversation. But what had happened was he quit the show, and his friends were frantic trying to get a hold of him to tell him ‘Wherever you are, go find Dick and apologize so you can get back on the air. You don’t even have a health plan for God’s sake.’

It worked out, and I like to think it proves I’m a forgiving human being.”

You could certainly ask for a worse boss.