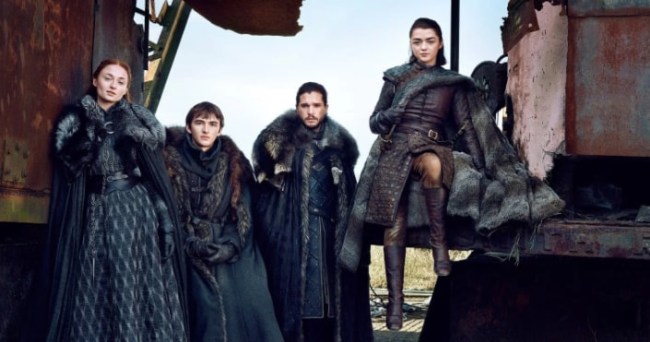 For “Game of Thrones” fans, waiting a year+ for the final season is like the long night that seems like it will never end. While we’re waiting until possibly the Spring of 2019 for the debut of the final “GoT” season, we can get excited about the directors who will helm the last six episodes. The names include directors of some of your favorite episodes.

Showrunners David Benioff and D.B. Weiss will direct the series finale of Season 8 and deservedly so. The other remaining five episodes will be split between “Game of Thrones” veterans Miguel Sapochnik and David Nutter, both have contributed to some of the most memorable and beloved episodes in the series.

Nutter has directed six “Thrones” episodes, including the Emmy winning, Season 5 episode “The Dance of Dragons,” and “The Rains of Castamere” AKA “The Red Wedding” episode. he has also directed episodes of “Entourage,” “The Sopranos,” “The X-Files,” “ER,” “Shameless,” and “The Flash.” Meanwhile, Sapochnik is no slouch himself and has won an Emmy for “Game of Thrones” and directed two of the biggest episodes in the fantasy TV series. He is the man who directed Season 6’s “Battle of the Bastards” and “The Winds of Winter” from Season 6. Spochnik left the show for Season 7 to shoot a pilot for Netflix sci-fi show “Altered Carbon.” In the past, Sapochnik has directed shows such as “True Detective, “Masters of Sex,” “Banshee,” “House,” and “Iron Fist.”

Besides the finale, there has been no official word on how the remaining episodes will be broken up. Season 8 of “Game of Thrones” is reportedly scheduled to begin production in October and continue through Spring of 2018. The episodes are expected to be lengthy, possibly 90 minutes long for every episode.