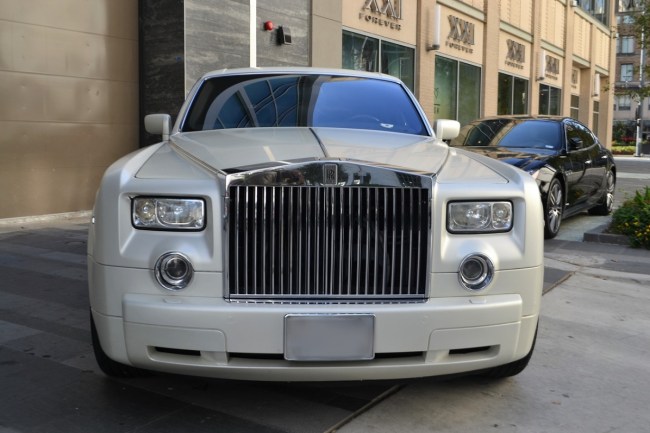 We Americans like to believe we live in the freest nation in the world. Are we though? Try adding a deck or an addition to your house on YOUR property. See how “free” you are to make modifications on your own property without the government telling you how to construct it as well as demanding you pay fees for permits. Hell, the United States of America won’t even allow you to have a dumb vanity license plate that is so innocuous that your mother has told you the same thing when you were a child.

Wendy Auger was instructed by the DMV to turn in her vanity license plate that reads: “PB4WEGO.” Yes, really. The government has fixed everything wrong in society and only has to worry about pee-pee license plates now.

The government is worried about a license plate that suggests the standard practice before every trip. “Please go to the bathroom before we get in the car because we’re going to be on the road for a while and we don’t want to stop,” every mom ever. This is what we’re concerned about? Really?

The DMV says that “phrases related to excretory acts aren’t permitted.” Stop being an oversensitive A55H0L3.

Wendy Auger of Rochester, N.H., has had this license plate for 15 years and there were no problems. Now some nosybody at the DMV has nothing better to do than try to take away this woman’s harmless license plate that is not offensive to anybody.

Here’s the kicker, New Hampshire’s motto is “Live Free Or Die,” and it is on New Hampshire license plates. So much for that “live free” part.

Auger argues that her license plate is a free speech issue. “If I have to take it off the plate, then I’m not going to be able to live free,” Auger said.

Thankfully, one government employee is logical and has argued that Auger should be able to keep her silly license plate. New Hampshire Governor Chris Sununu reached out to the DMV and “strongly urged them” to allow Auger to keep her potty plate.

Auger has rallied against the DMV’s decision. “I’m not the type to sit here with a picket, but come on,” the pissed off woman said. “Where do you draw the line?” she added.

Can we not have fun with vanity license plates anymore?

I don’t care how big a Blue Jays fan you are mom… you’re not getting that license plate. pic.twitter.com/mcqCfAtb9t

This is just the latest chapter in our society being consumed with political correctness, read more stories HERE.