Dog The Bounty Hunter Showed Up At Brian Laundrie’s House, Is On The Hunt For The Main Suspect In Gabby Petito’s Death 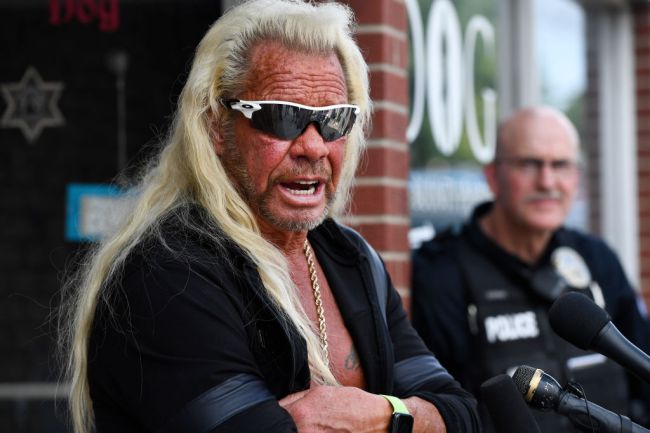 Duane Chapman better known as Dog The Bounty Hunter has apparently joined the hunt for Brian Laundrie, the main suspect in the death of travel blogger Gabby Petito whose remains were found in Wyoming last week.

On Saturday afternoon, Dog pulled up to the Laundrie house in North Port Florida and was seen knocking on the door.

DOG SNIFFING FOR TIPS: Dog the Bounty Hunter gives Brian Laundrie's parents a rude awakening as he joins massive manhunt for the most wanted man in Americahttps://t.co/obK7KrMvqQ pic.twitter.com/LpiXxE3IGw

After no one answered the door, Dog briefly spoke to the media and implored people to call him at 833-TELL-DOG if they had any leads on Laudrie, who has been missing after leaving his parents’ house over 10 days ago.

Dog the bounty hunter at the house https://t.co/C4o7kSmc4m

Dog The Bounty Hunter isn’t the only TV personality to go after Laundrie, last week John Walsh of America’s Most Wanted volunteered to help hunt down Laundrie as well.